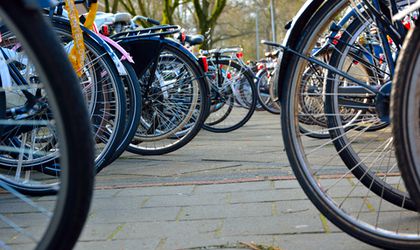 The EU will impose duties on Chinese electric bikes starting this Thursday, in a move to curb cheap imports that European producers claim are flooding the market, Reuters reports.

The European Commission has been carrying out an investigation on behalf of the 28 member states and has decided that tariffs of 27.5-83.6 percent should apply for all Chinese e-bikes. The investigation could run until January 2019, when definitive five-year duties may be set.

According to the EC, Chinese e-bike exports to the EU more than tripled from 2014 to the 12 month period until September 2017 and their market share rose to 35 percent, while average prices decreased by 11 percent. The new duties have been well received by European bike manufacturers, who say they will have a chance to recover lost sales.

Romania’s Eurosport DHS is among the producers who could benefit from the decision, along with Derby Cycle Holding from Germany, Dutch groups Accell and Gazelle and others.

Eurosport DHS from Deva, Romania has over 400 employees and exports over half its products to 24 markets in Europe. In 2016, it had a turnover of EUR 57.8 million and a net profit of over EUR 2.2 million.

The European Union has also imposed other measures against Chinese exports recently, from solar panels to steel, causing strong criticism from Beijing.

The main reason for the increased duties is the concerns the EU shares with the US about technology transfers and state subsidies, but the Union has warned the US and China to avoid a trade war, after they slapped USD 34 billion worth of tariffs on each other’s imports earlier this month.