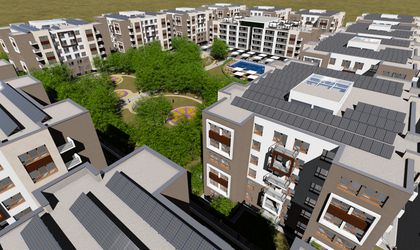 Net investments in Romania’s economy rose by 0.8 percent last year compared with 2017, to RON 84 billion (EUR 18 billion), the slowing down being mainly due to a slump in new constructions, according to the National Institute of Statistics (INS). The number of new dwellings built in Romania rose last year to almost 60,000, a 9-year-high.

Investments in new construction works declined by 8.4 percent last year, while investment in equipment (means of transportation included) grew by 8.4 percent and other expenditure soared by 11.7 percent.

By economic activities, the industry (34.3 percent of total investment) and the retail and services sector (25 percent) attracted the biggest investments.

A separate report of INS showed on Friday that last year 59,725 new dwellings were completed in Romania, up 12 percent compared with 2017 and the highest number since 2009.