Romanian Millenials are avid purchasers and fans of specialized stores 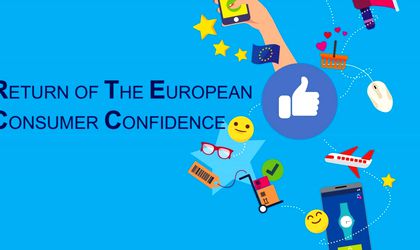 The 2018 edition of the Pan-European Study “L’Observatoire Cetelem” reveals the preferences and purchasing habits of the Millennials generation. The study highlights a very good chemistry between the Millennials generation and stores, highlighting the idea that for so-called “digital natives”, physical stores still prove to be among the preferences.

This generation loves shopping, and among the European millenarians, Romanians seem to be the biggest lover of shopping. 89 percent of them have a great enthusiasm about this subject and are pleased to visit a wide range of shops. In addition, the Millennials generation in Romania has a positive attitude when it comes to the future, 83 percent of whom express their optimism (over the average of 79 percent of the 17 European countries included in the survey).

Romanian millennials are avid purchasers and, against the European average, show a greater degree of interest in shopping. 87 percent of them prefer shopping centers that accommodate shops and other facilities such as those where they can spend their free time. The reasons why all stores, regardless of their nature, wake up and attract the Millennials generation could be summed up by the concept of “product experience”.

Among Europeans, Romanians attach great importance to the interaction between the consumer and the product, as well as to the purchases they make physically in stores. These aspects allow them to choose the product they want or benefit from a demonstration that assures them of their choices. Romanians are also the biggest fans of specialized stores, 81 percent of whom answer that they prefer to go to shops, furniture or DIY shops.

In terms of improving service and the expectations of the public, millennials in Romania are the biggest critics when it comes to the high waiting times (58 percent). The issue of access, whether we are talking about access to parking or the availability of public transport, is also perceived as a significant obstacle (35 percent). Aesthetics are especially important for Romanians who want the stores they visit to be attractive and original and to offer products that can not be found elsewhere (88 percent). At the same time, they would like to expand the shop opening hours (82 percent) and retailers to surprise them with fun and sensory experiences and to provide them with specially designed areas for relaxing activities.

Millennials are guided by a “philosophy” in which pleasure is bounded by rationality and tends to protect them from excesses. That’s why millennials in Romania choose quality at the expense of quantity, and although 67 percent of them see shopping as one of the pleasures of life, 85 percent prefer to buy less, but in a responsible manner, and opt for qualitative purchases.

“Millennials is the word found on everyone’s lips. The 2018 edition of L’Observatoire Cetelem is talking about the future, and it has been interesting to find out who will mold it and how they are perceived by the previous generation. Growing up in a digital society, the millennials show a certain inclination towards consumerism and look at the activity of going shopping often as a pleasure. At the same time, they expect a series of changes that would allow traders and when it comes to the future of the stores and the changes they will make in the next 10 years, the Romanians (75 percent) are tempted to say that the shops will go through fundamental changes, starting with payment methods, delivery and promotion and up to services, customer counseling, present product area and shopping experience as a whole,” says Bruno Leroux, CEO of BNP Paribas Personal Finance, Bucharest Branch.

The self-confidence of the Romanians

The results of the 2018 edition of the L’Observatoire Cetelem study also serve to confirm that, for the first time in recent years, there is again a dose of optimism in every European country. The average score of this indicator exceeds the “limit” of 5 points (5.2 in 2018 compared to 4.9 in 2017 and 3.7 in 2013). Moreover, the millennials have a positive view of the situation in their country compared to their previous generation (5.6 versus 5.2).

However, despite the excellent economic climate, Romania is the only country that has seen global declines this year (4.4 in 2017 compared to 4.1 in 2018). Romanians are especially worried about the situation in their country. The political tension in the country seems to be the factor behind this fall. Romanians are more optimistic about their personal circumstances than about the situation in the country, ranking second in the category of the most optimistic respondents when it comes to purchasing power. 37 percent believe their purchasing power has risen (compared to 24 percent in 17 EU countries) and 67 percent intend to spend more in the next 12 months.

“We believe that one of the most important discoveries in the study of L’Observatoire Cetelem in 2018 is to rebuild confidence among European consumers. Consumers smile again and look optimistic towards the future.” Confidence in their personal circumstances grew and reflected in saving intentions and consumption is stronger in Eastern Europe (Slovakia: 73 percent, Bulgaria and the Czech Republic: 69 percent, Romania: 67 percent) and the saving rate is most pronounced in Norway 65 percent, Sweden 61 percent and Portugal 60 percent,”says Pascal Roussarie, BNP Paribas Personal Finance Head of Sales and Marketing Central Europe.

The search for a healthy lifestyle and the time spent with family and friends are two of the most important things for the millennium, aspects agreed by the Romanian respondents at a rate of 63 percent and 62 percent, respectively.

Research: 1 out of 3 Romanians prefers to pay for parking services when...