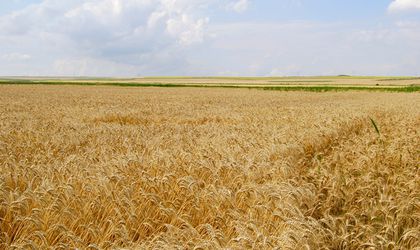 Romanian farmland is valued on average at less than 20 percent of its Western European equivalent, making it a fertile investment opportunity, especially for foreign investment funds. After a couple of lean years, the market is starting to show signs of recovery, reaping the harvest of upward global trends.

“Currently we are in negotiations with several foreign investment funds that are interested in buying thousands of hectares of Romanian farmland, either for growing traditional cereals or biomass plants,” Marius Grigorica, senior business analyst with DTZ Echinox, told BR.

Soaring food prices worldwide and an ever increasing global population make farmland a valuable and sought after asset and a safe alternative investment option. In Romania, the good quality of the soil, large surfaces of available land and, most of all, cheap prices have made many foreign companies and investment funds buy land and many more state their interest.

“In the past few years, Italian, Danish, British, German and Lebanese investors have made massive acquisitions of farmland, totaling tens of thousands of hectares,” Grigorica added.
Investment funds and companies like Nordcapital of Germany, FirstFarms, Ingleby and Jantzen Development from Denmark, Finnish Tornator and Austria’s Cascade Empire are just a few of those who have bought land here. Also, two of the largest farmland owners in Romania, Maria

Trading and Delta-Rom Agriculture, are companies controlled by foreigners.
The 2010-2011 national agriculture census reveals that there are about 8.2 million hectares of arable land in Romania, placing it in fifth position in the EU, after France, Spain, Poland and Germany.

“Although the market for farmland has yet to experience an extremely spectacular ‘boom’, considering the high interest that foreign investors have in this sort of land – for agricultural use or for other purposes, especially wind farm projects – and also bearing in mind that the price of local land is still cheaper than in the rest of Europe plus the good quality of the soil, we predict that interest in transactions involving farmland will maintain its pace if not accelerate on the medium and long term,” Ioana Grigoriu, associate with the real estate practice of Nestor Nestor Diculescu Kingston Petersen, told BR.

The Romanian real estate market has experienced the full blown effect of the economic crisis. When it comes to farmland and forests, the market has been less affected, and looking both at global trends and the local offer, things should take a turn for the better in the years to come. Demand is on the rise and prices are set to follow suit.

The Romanian minister of agriculture, Valeriu Tabara, is probably the most optimistic voice on the future of local farmland. A few weeks ago he confidently predicted that Romanian agricultural terrain could be sold for more than EUR 25,000 a hectare in a not too distant future, advising local farmers to be patient and not to sell their land just yet. Current prices are ten times lower than his expectation and although also predicting an upswing, real estate pundits are more reserved in their forecasts.

According to DTZ Echinox, farmland prices have returned to the levels registered in 2002 and 2003, averaging between EUR 1,000 and EUR 3,000 depending on the plot size, soil quality and region. In a few years’ time prices could be back to where they were in 2007 and 2008. “On the medium and long run, the price of local farmland could come close to the Central and Eastern European average. However, we think that it is very unlikely it will reach the prices seen in countries like Holland or Denmark where a hectare of agricultural land often surpasses EUR 20,000,” argued Grigorica.

But in regional terms too, Romanian farmland comes with a low price tag. “The Romanian market is smaller – both considering the number of transactions and the total surface – than other EU countries in Central and Eastern Europe. In these countries, investors’ interest in farmland started a few years earlier than in Romania,” representatives of Colliers International and Terra Kapital told BR. A hectare of agricultural land in Hungary, Poland or the Czech Republic is priced between EUR 5,500 and EUR 7,000 while in Romania it varies between EUR 2,300 and EUR 3,500 per hectare for large plots with an acceptable consolidation degree, show data from the same source. For plots that are smaller than five hectares, the price goes down to an average of EUR 1,500. “Since the beginning of 2011, the upward price trend has accelerated, exceeding EUR 3,000 for large consolidated plots,” say the same representatives. The most sought-after farmland is in the Wallachian Plain, southern Romania, and the Western Plain. 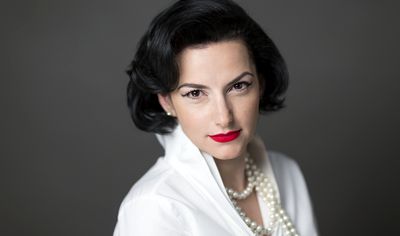 Read more about
POV | Anca Grigorescu (bpv Grigorescu Ștefănică): The success of a Kurzarbeit program depends on its imposed conditions and its flexibility
read more

Although pundits agree that the market is heading for consistent future growth, there are discrepancies between supply and demand. Investors, especially large foreign companies and investment funds, are looking for big, consolidated plots, something that is hard to find in Romania where severe land fragmentation remains a problem. Owners, on the other hand, overvalue their assets. “Right now the market is influenced by high expectations from owners who in many cases consider their plots just right for a real estate project or a wind farm or solar energy project,” Anca Parascan, partner, head of the real estate and construction department and Nicolae Ursu, senior associate at bpv Grigorescu Stefanica, told BR.

Land fragmentation remains main stumbling block
The market may be rising but despite the positive outlook, the number of actual transactions so far this year remains low. “Since the beginning of the year, the transactions have mainly involved small plots – in the range of tens of or less than ten hectares – with the total surface acquired countrywide amounting to about 50,000 hectares,” said representatives of Colliers International and Terra Kapital. Transactions involving large plots have been very few, with about five to six  such deals taking place in the past eight months, totaling 15,000 hectares, according to the same source.

The main reason is that Romanian farmland remains very fragmented. According to Grigorica, about 25 percent of the country’s agricultural land is divided into plots of under one hectare while investors are mainly looking for over 1,000 hectares. “For example, a compact plot of 1,000 hectares can often be obtained only by buying land from 500 to 900 individual owners, which makes the consolidation process very difficult,” he explained.

“This aspect can generate legal ‘complications’ for the buyers who have to negotiate with a large number of sellers. Considering that investors in farmland are usually investment funds that are used to a certain degree of sophistication both in their commercial approach and the way they negotiate and draw up the acquisition contracts, bottlenecks can appear because most sellers want a simple approach and expect the sale contract to be less than two pages,” added Grigoriu.

The lack of cadastral documentation and the high costs of obtaining it also add to the challenges the local market faces. “This can generate other practical issues as an owner cannot obtain the cadastral documentation required for land tabulation while there are no regional cadastral maps,” said Grigoriu. The authorities are trying to address the issue, she added. On September 1, the Ministry of Agriculture published on its website a draft law that pledges financial support and incentives for consolidating farmland. A tax on farmers who don’t cultivate their land could also be passed into law by the end of the year, creating additional stimulus for owners to sell up.

“The legislation related to land restitutions and the way tenures were issued in the first decade after 1990 still creates problems, especially in confirming the tenures’ validity, any disputed borders, lack of access of some properties to roads and so on,” added representatives of bpv Grigorescu Stefanica. They also stressed that if the authorities undertook a general and free cadastral campaign, thus creating a national database of all properties, this would solve many of the existing problems.

Other setbacks encountered by investors include the lack of irrigation infrastructure and the fact that many plots have not been cultivated for many years, which requires an additional initial investment from those interested in buying the land for agricultural purposes.
But even in spite of these problems experts remain optimistic that the market will grow.

Stopping foreigners reaping cheap local farmland
The low price of local farmland is good news for potential investors but it gives headaches to local authorities. “I am personally a bit worried by the appetite that some foreign companies have for local farmland. And this is not based on basic nationalism but on the fact that the law should set some limits,” said Teodor Baconschi, Romania’s foreign affairs minister, earlier this year. He argued that he had noticed from discussions with his foreign counterparts increasing demand for local land by foreign investors, mainly from China, North Africa and the Gulf countries, and as long as local land is still very cheap, Romania risks ending up with a large number of foreign land owners.

Under Law 312/2005 foreign citizens and companies registered outside Romania will not obtain the right to own land in Romania until seven years after Romania’s EU accession, which is 2014.
But foreign investors can circumvent the legislative restriction on buying agricultural land in Romania by setting up local companies, and many are believed to have done so.

Authorities in Bucharest have previously said that they are considering asking the European Commission to prolong the period during which Romania can restrict the purchase of local agricultural land by non-resident foreign citizens beyond 2014, despite the fact that the EC advised both Romania and Bulgaria to ditch the restriction sooner than the end of that year.