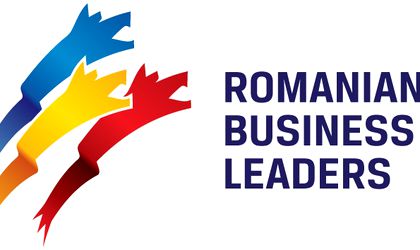 The Emergency Ordinance 114/2018 remains the main source of dispute between the business environment and the Romanian government. While the chairman of the Romanian Business Leaders (RBL) Dragos Rosca is demanding consultation when such big decisions are made, the deputy general manager of Banca Transilvania, Tiberiu Moisa, believes that OUG 114 will be completely different in 2020 compared to today’s version.

Moisa is convinced that due to the fact that the OUG is “unfair for the economy” it is counterproductive to keep it in the present form, so it will be changed by 2020.

According to Darius Valcov, the adviser of PM Viorica Dancila, the government intends to discuss with the Central Bank a possible redefinition of how to calculate the ROBOR index or eliminate it entirely in order to avoid charging the banking system.

At the RBL conference, chairman Dragos Rosca said that the government cannot be locked in a room when taking such decisions.

“Ordinance 114 is practically the apple of discord at the moment and the biggest problem we face. The Ordinance affects a wide range of sectors, from financial, banking, to communications, energy and construction, but it is our role as a business environment to put all the negative effects that such decisions can have on the table. There is a great deal of uncertainty for all economic actors and we are not just talking about banks, energy, telecoms or construction, with major effects on investment and in the future. We cannot live isolated from each other. We can’t have a government that locks itself in rooms and makes decisions that concern all Romanians. Normality says we need to be in dialogue, to consult, and that would be a sign of respect for those who live in Romania (…) Despite a rather poor history of government actions taken in the absence of a dialogue with those who work, with those who are actually involved day by day in activity (companies, local authorities), it is still going forward with decisions taken in an extremely tight frame, without consultation, without having a minimum of impact analysis,” said Rosca.

According to the RBL representative, crises created by governmental decisions occur regularly in Romania, especially in the last 2-3 years, when decisions have been made without consultation and “unfortunately, with extremely serious effects on the economy”.

“I would like to be here today to talk about the Romanian Business Leaders projects, to talk about construction, about development, about the way entrepreneurs and business people in Romania work and serve their talent, knowledge, investments and organizational capabilities… Unfortunately, we are talking about managing the crises induced by governmental decisions. I have to say that we have encountered such situations with a certain periodicity in the last 2-3 years, many of which are in fact the result of a lack of open dialogue between the members of the government and society, whether we are talking about employers, trade unions or civil society. Practically, in the past 2-3 years we have been accustomed to decisions taken without consultation and with extremely serious effects on the economy,” said Rosca.

He gave as an example a series of taxes introduced in Romania, which were withdrawn after problems raised by the business environment.

“One of the struggles was called the asset tax, and at that time, in 2015, it was an asset tax for energy companies and which, in popular language, was called the ‘pole fee’. It was received with much enthusiasm in the political environment and with little enthusiasm in the field of business. Finally, after it was applied, it was found that the effects were extremely serious. After a period of about one year, of course it was removed. Another well-known duty was the overcharge on fuel. After much talk with carriers, with business people, who drew attention to increased logistics costs and declining competitiveness, it was dropped. Then the VAT split, as well as the transfer of contributions from the employer to the employee. A Government Ordinance was passed which, after a year, has not yet been introduced to Parliament in order to be voted because it has a lot of problems. Now, when the new budget is being set up, enormous tensions are born in the political area in terms of local government. Those taxes went to the local authorities and now they found that they no longer have money,” the RBL chairman pointed out.