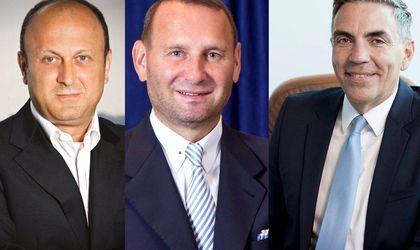 During his speech at the Social Democratic Party’s National Council on Sunday, party leader Liviu Dragnea launched a series of attacks against multinational companies, especially those in energy and telecommunications, as well as banks, and spoke once again about the idea of introducing a tax on their turnovers. Business Review talked to a few of the most important Romanian businessmen about the consequences companies would face if this tax were introduced.

Dragos Anastasiu, the president of Eurolines, the biggest tourism agency network in Romania, told Business Review that it is vital for such a measure to discussed with business leaders before being approved. ”If the Romanian economy doesn’t work at its highest potential in the upcoming years, all social measures that have been taken by the government won’t be financially sustained through the budget. It’s essential for the government to allow companies to reach their potential. It’s also mandatory for any future fiscal measure to be analyzed together with the business representatives and to also be based on a strong impact study. Any speculation on this subject without a preliminary consultation only reduces investors’ confidence in Romania. I don’t think it helps to make comments based on a public statement. It’ s one thing to ask for a turnover tax of 0.1 percent and another to ask for 5 percent. It’s one thing for the measure to be applied for everyone and another for it to be applied only for a few, based on industries. A corporate turnover tax implemented only because some companies avoid taxation only reveals the state’s incapability to correctly apply the law. If there are companies that have managed to reduce their taxable base, they should be checked and punished. You cannot punish the honest entrepreneurs for the illegal activity of others. Basic economic rules state that the correct way to go is a corporate profit tax, not a turnover tax. Imagine, for example, what would happen to marketing companies where most of the turnover goes to other suppliers. They cash in a lot of money from clients to pay for the campaigns. It would mean to double tax the same amount. There are also a lot of new companies that only invest in their business without having an income. The implementations of the corporate turnover tax has to be based on the right economic arguments and such measures should be negociated and debated with the business environment”, Dragos Anastasiu explained.

Viorel Catarama, the owner of Elvila, one of the biggest Romanian furniture producers and retailers, told Business Review that this measure is a direct attack on the Romanian private capital. “It’s a socialist measure. Everywhere around the world companies are taxed for their profit. If implemented, the measure would force at least half of existing companies to declare banckruptcy”, Viorel Catarama explained.

Dan Sucu, the president of Mobexpert, the leading online and offline Romanian furniture retailer told Business Review that by implementing this measure, the government would be punishing the small players for the mistakes of some big players. “The state has a lot of existing laws that allow it to punish any tax evasion when proven. Also, if there is a cartel agreement suspicion in the financial sector, as stated by Liviu Dragnea, the Competition Council is an institution capable of handling such situations”, Dan Sucu explained.