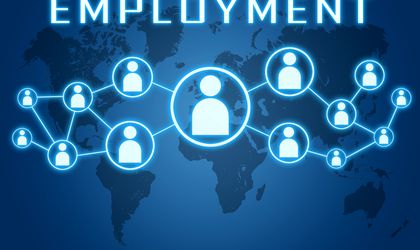 Romania registered the faster growth rate in employment among the 28 EU member states in the first quarter of this year, of 1.8 percent compared with the previous quarter, according to Eurostat.

The number of persons employed increased by 0.4 percent in both the euro area and the EU 28 in the first quarter of 2018 compared with the previous quarter.

“Among Member States for which data are available for the first quarter of 2018, Romania (+1.9%), Malta (+1.3%), Portugal, Luxembourg and Croatia (all +1.0%) recorded the highest increases compared with the previous quarter. A decrease was observed in Estonia (-1.4%) and employment remained stable in Bulgaria and Lithuania,” Eurostat said in a press release. Compared to the same quarter of the previous year, the employment rose by 1.8 percent in Q1 2018, above the EU 28 average of 1.4 percent.

Eurostat estimates that, in the first quarter of 2018, 237.9 million men and women were employed in the EU 28, the highest level ever recorded.