Romania has the lowest food prices in the EU 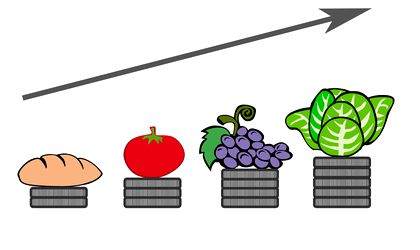 Romania has the lowest food and non-alcoholic beverages among the 28 European Union member states, with 62 percent of EU average, and ranks second-lowest in terms of prices for consumer goods and services, according to Eurostat data released on Wednesday.

Prices for consumer goods and services in Romania are 52 percent of the EU average, the second-lowest level after Bulgaria (48 percent), but below Poland (56 percent), Hungary (62 percent), Lithuania (65 percent) and Croatia (67 percent).

Romania has the lowest prices for food and non-alcoholic beverages, with 62 percent of EU average in 2017, below Poland (65 percent) and Bulgaria (73 percent).

Romania also has the second-lowest prices for alcoholic beverages and tobacco (69 percent of EU average, after Bulgaria – 56 percent) and for restaurants and hotels (53 percent, after Bulgaria – 45 percent) and the third-lowest prices for personal transport equipment (83 percent, after Slovakia – 81 percent – and the Czech Republic – 82 percent), according to Eurostat.

Romania is close to the EU average in terms of prices for clothing (92 percent) and consumer electronics (95 percent).

Higher real GDP per capita due to low prices

Eurostat data are based on the results of a price survey covering more than 2,400 consumer goods and services across Europe, which is part of the Eurostat-OECD Purchasing Power Parity program.

This price survey is important because its results are included in other important survey, like the GDP per capita in purchasing power standards (PPS).

For the same reason, Romania ranks above Hungary in another important EU ranking, of Actual Individual Consumption (AIC), a measure of “material welfare of households”.