Romania expands its territory thanks to Mother Nature, but loses its people 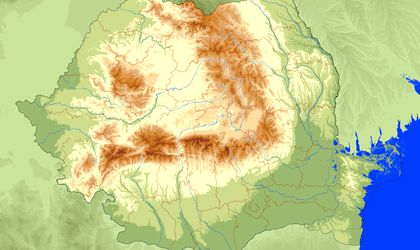 Romania naturally expands its territory to the Black Sea, gaining 6 square kilometres during the last years, but loses rapidly its main asset in the world: its inhabitants.

A recent update of Romania’s Cadastre Agency showed that Romania’s territory expanded from 238,391 sq. km to 238,397 sq. km, mainly a consequence of favourable natural developments at the Black Sea.

This change came decades after another major update of Romania’s surface, made after the change of the model on which the official cartographic projection of Romania was based, by a decree of 1971.

After changing the pattern, Romania’s surface was recalculated from 237,500 sq. km to 238,391 sq. km, a value that is still found in all official data on Romania.

For example, Romania’s surface is steadily increasing in the area of ​​the Sacalin Islands, which are due to become in the coming decades a peninsula with a significantly higher surface than that of the present islands, as a result of the Danube alluviums moved by the sea currents, according to the latest scientific studies.

Another source of territorial expansion is the human intervention aiming to limit erosion of the Black Sea coast. Since 2013, a project financed from EU environment funds helped to expand the beaches in the Northern part of Romania’s sea coast, and this project will continue with the widening of the beaches in the Southern Romanian sea coast.

But this territorial expansion is associated with large-scale emigration from Romania and natural decrease of the population due to fewer births.

In 1990, Romania reached its highest number of inhabitants, of around 23.2 million, but lost more than 3.5 million people in 27 years.

According to official data, Romania had only 19.64 million inhabitants on January 1, 2017.

But the situation could turn into demographic catastrophe if Romania do not redress its fertility rate or do not become an attraction for foreign migrants in the next decades.

According to UN estimations released last year, Romania will have around 16 million inhabitants by 2050, in a moderate scenario – and less than 15 million in the worst case scenario.

“The government should develop programs and strategies aimed at regaining birth rates and reducing the size of population decline and the rate of depopulation, on long and very long term (…), especially for the rural population, where the deterioration of the demographic situation tends to get dramatic features and dimensions. It would be the most important national project that Romania could have after 28 years of population decline,” Vasile Ghetau, a reputed Romanian demographic specialist, wrote in 2017 on contributors.ro.