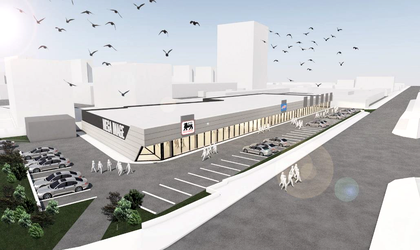 Victoria Ploiesti West Retail Park, the proximity retail park project of 2,690 sqm planned in the western part of Ploiesti, is due to open in March 2019.

Activ Property Services, the exclusive agent of Victoria Ploiesti West Retail Park, has brokered the lease of a new space of 496 sqm to Zoomania, the largest pet store chain in Romania. The first store was opened in Ploiesti in 1996 and now the chain has over 27 stores across the main cities of Romania, totaling an area of over 12.000 sqm.

“Victoria Ploiesti West Retail Park has a strategic location in the western part of Ploiesti, in a high-traffic area. The retailers were delighted with the location in the proximity of some large residential districts, as the project is provided with densely-populated catchment area,” says Valentin Manu, head of Retail at Activ Property Services.

Ploiesti’s retail market is developed to an average level, including 4 shopping centers with a total of 110,000 sqm GLA, a retail park of 9,150 sqm, big box units (supermarkets, discounters, DIY and furniture units) and high street units.