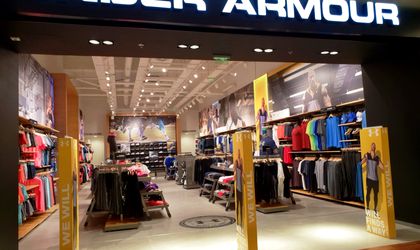 The new store covers an area of ​​over 210 square meters dedicated to motion enthusiasts, with specialized articles for training and gymnastics, running, basketball and other sports, personalized.

Under Armour was established in 1996 and is present in Romania since 2017. The Iulius Mall location in Cluj is the fourth one inaugurated at national level and the first outside Bucharest.

Iulius Mall Cluj is part of the national network of shopping centers developed under the brand Iulius Mall, alongside those from Iasi, Suceava and Timisoara. The Iulius company portfolio also includes the mixed Palas Iasi, the first of its kind in Romania, and at present, in the vicinity of Iulius Mall Timisoara, the second multifunctional project, Openville, is being built in partnership with Atterbury Europe.