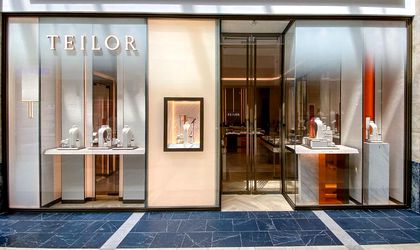 “The positive evolution of TEILOR’s sales in the first half of 2022 demonstrates a return to the pre-pandemic context, noting the customers’ appetite for luxury products, even if tempered by geopolitical and economic instability. This growth has also been supported by the expansion of the TEILOR network in Romania over the past year, which has given more customers access to our products. Nonetheless, we remain cautious about the potential growth in the second half of the year due to the negative impact of rampant inflation on consumers. To address this issue, we recently launched a buy now, pay later solution locally, allowing customers to buy products in instalments without interest. We have noticed a growing demand for such payment models in the North American and Western European markets, and we are confident that our customers in Romania will appreciate it,” stated Willy Dicu, CEO of TEILOR.

Consumer behavior and demand fluctuated in the first six months of 2022 in the context of resuming travel, war, inflation, and rising interest rates. Nonetheless, in the first half of 2022, the main jewelry item sold continued to be engagement rings, which totaled 23% higher sales compared to the same period last year. Wedding rings also registered a significant, 34% increase due to the rise in the number of weddings in the summer of 2022. The best-selling products in the first part of 2022 were diamond wedding rings and microsetting engagement rings, followed by solitaire rings.

Diamond earrings and diamond rings remained the most sought-after jewelry items, registering double-digit increases year-on-year. The most notable increase, of 82%, was in diamond tennis bracelets, one of the biggest jewelry trends in the last years. Moreover, TEILOR noticed that more and more Romanians are choosing gold or platinum bracelets or pendants as gifts to mark important moments, such as birthdays or anniversaries.

In the first half of 2022, TEILOR further strengthened its position as a luxury jewelry brand in the local and European market through campaigns with local ambassadors in Poland and Bulgaria, as well as by developing a strategy of establishing the brand as consumers’ first choice in the engagement rings and wedding rings segments. Moreover, TEILOR was present through several collaborations at the red-carpet premieres, including international events such as the Cannes Film Festival. 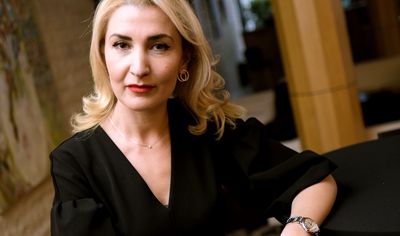 “We maintain our position as the market leader in Romania and aim to be the first choice for customers to purchase luxury jewelry. We are currently focused on introducing the unique TEILOR experience to customers in the other countries where we operate. Thus, following investments of over 2 million euros in digital transformation and the successful implementation of the new eCommerce platforms in Romania and Hungary, we plan to launch similar platforms for the Polish and Bulgarian markets by the end of September,” added Willy Dicu.

In 2022, TEILOR opened six stores, three in Romania – in Bucharest, Iasi, and Piatra Neamt, and one in Poland, the Czech Republic, and Hungary. By the end of this year, the company aims to open two more new stores, expanding the TEILOR network to 64 stores, including 51 stores in Romania and 13 international stores in Poland, Hungary, Bulgaria, and the Czech Republic. In addition to the brick-and-mortar stores, TEILOR currently operates five online platforms – teilor.com, teilor.ro, teilor.hu, teilor.bg and teilor.pl.

Considering the external economic, political, and social context, as well as the market specifics and brand positioning needs, TEILOR will focus between 2022 and 2024 on consolidating its presence in the existing markets through over 60 stores in Romania, Poland, Hungary, Bulgaria, and the Czech Republic. Starting with 2025, TEILOR will explore expansion into Germany, Austria, Slovakia, and other markets, aiming to open between four and six new stores per year in premium plus locations.