One third of Romanians say they would buy smuggled products, shows the data from an IRES study, commissioned by ACTIV on the occasion of the National Day of the Fight Against Illicit Trade Goods, marked every year on the 21st of April.

The same research shows that smuggling and counterfeit products are sold mainly in markets, over 60 percent of Romanians surveyed mentioning that they have observed such illegal transactions, but also in online – 38 percent of mentions.

“The efforts of the ACTIV Association are focused on informing and raising awareness of the dangers the general public is exposed to if they purchase and use counterfeit and smuggling products. Although 44 percent of Romanians believe that consumer safety regarding the origin and quality of products has decreased in the last 3 years, the temptation to purchase illegal products remains at a worryingly high level. We will remain ACTIV, by continuing the educational steps carried out through Fii tu! Fii original!/Be You! Be original! campaign, as well as by stepping up cooperation with the Romanian Border Police, the Romanian Police, the Customs, the Romanian Gendarmerie and other representatives of the central and local administration,” says Daniel Mărăcineanu, General Manager of the ACTIV Association.

The National Day of the Fight Against Illicit Goods Trade was established by Law No.100 on the 8th of May 2019, the legislative proposal being signed by a group of parliamentarians from several political parties united in the fight against this negative phenomenon, at the initiative of ACTIV Association.

“I am proud to be able to pass through the achievements of my mandate the establishment of this national day to fight the illicit goods trade, because the protection of the consumers and of the financial interests of the Romanian state is among my priorities as a senator,” says Viorel Arcaş, Senator PSD, Chairman of the Committee on Budget, Finance, Banking and Capital Market of the Romanian Senate. 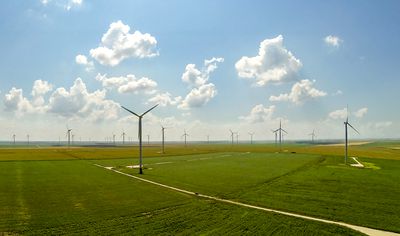 “Professional experience has often brought me into contact with the reality generated by the illicit trade of goods. Smuggling and counterfeiting means theft from people’s and state budgets, products of questionable quality and organised crime networks. Our responsibility, as politicians, is to act decisively against these phenomena, to protect Romania’s population and financial interests,” says Lucian-Ovidiu HEIUŞ, coordinator of the NLP’s Budget and Fiscal Policy Committee.

The study commissioned by the ACTIV Association showed that cigarettes (38 percent) is the main smuggling product in Romania, and in the case of counterfeit products, the ranking is dominated by clothing and footwear with 34 percent of the mentions. Food, cosmetic and hygiene articles, electronics, alcoholic products, car parts and medicines complement the top products illicitly marketed in Romania.

Illicit freight trafficking creates unequal competition between fair players, paying taxes and salaries, and organised crime networks that thrive at the expense of the Romanian state, which loses more than EUR 2 billion annually as a result of counterfeiting and smuggling.

“Illicit trafficking in goods is a phenomenon with a major impact on Romanian society, which generates negative chain effects. It is the duty of each of us to get involved in stopping it and say NO to smuggling and counterfeit products!” adds Daniel Mărăcineanu.