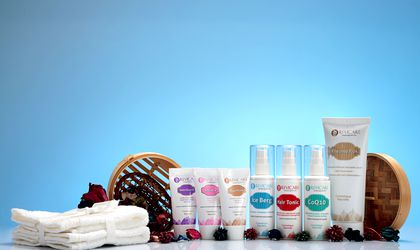 The producer of Revicare, a new cosmetic brand launched this week in Bucharest, wants to reach sales of EUR 10 million this year by opening several stores in Romania and starting exports to Spain, the Canary Islands, Greece, Turkey and India.

The first Revicare store was opened last week in Bucharest’s Old Center and the company’s two owners – Rohit Ahuja, an Indian businessman who has been in Romania for about six years and Sandra Popescu – want to open more units by the end of the year, both in Romania and abroad.

Although the local market for personal care cosmetics has been reporting modest growth in recent years – it grew by 6 percent in volume in 2013 y-o-y while in value it dropped by one percentage point – Ahuja says there is a renewed interest in healthcare products produced of natural ingredients.

The Revicare products are manufactured in Romania, in a factory near Bucharest using local ingredients, according to Ahuja. He did not disclose the actual investment in the factory but said that it has been operational for several years, producing so far under other brands. The company plans to invest some EUR 2 million in research and doubling the company’s product portfolio to about 100 products.