The company has long-term partnerships with local producers: 85 percent of the products on the shelf come from Romanian suppliers, and of every RON spent at home, 66 percent go directly to Romanian businesses.

For the CSR activity of Kaufland Romania made investments of over RON 40 million between January 2019 and March 2020, mainly in education, health, sports, culture and environmental protection programs. The company maximized its involvement efforts and, together with several NGOs, carried out over the past year 136 projects with a total value of EUR 7.7 million that came in support of 82 organizations with over 2.4 million beneficiaries.

Kaufland is also the first retailer to drastically reduce its plastic consumption. Since 2018, the company welcomes the community with its own innovative solutions by launching a concept of stores made after an anti-plastic strategy. This involves removing more than 90 percent of the disposable plastic consumables used. The amount of investment in such innovative projects, but also in other modernization projects for the expansion of the Kaufland network reaches approximately RON 807 million.

“We have been in Romania since 2005 and we can say that we have built a community here. We have created a large team that plays a significant role in the success of Kaufland, consisting not only of our employees but also of local partners, from all parts of the country, who help us to offer fresh and high quality products. We will continue to invest in Romania and consolidate our leading position. Our vision is to have 160 stores by 2024,” says Marco Hößl, General Manager of Kaufland Romania. 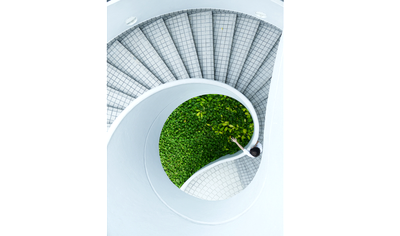 Every year, the company increases the minimum income in the company, currently reaching RON 3,650 gross, to which are added the meal vouchers, an amount that can increase depending on the socio-economic specifics of each region in the country.

Kaufland is also one of the most important taxpayers in Romania, covering taxes of over RON 615 million in the calendar year of 2019.

The year 2019 also brought an important sustainability certification for Kaufland Romania. For the second consecutive year, the company was named “The most sustainable company in Romania”, following the publication of the results of the only and most complex study – Romanian CSR Index – which analyzes the level of involvement of companies in environmental policies, but also from economically and socially.