Holiday spending stands still this season, even though 73% of consumers expect price increases 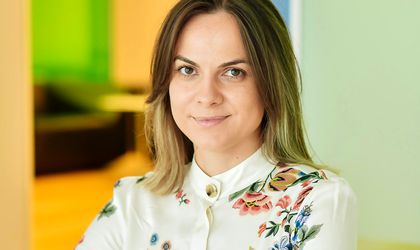 Holiday spending remains at the 2021 level this year, even though 37% of consumers are in a worse financial situation compared to last year and about three-quarters (73%) expect higher prices, according to Deloitte holiday retail survey 2022. However, low-income consumers plan to spend 25% more during the holidays than last year. At the same time, 77% of retail executives expect holiday sales to increase year over year.

According to the study, 41% of consumers predict a weaker economy next year, more than in 2021 (33%) and in 2020 (27%). Under these circumstances, consumers are cutting out non-essentials (-12%), in order to offer gifts (+1%) and experiences involving socializing, such as parties, restaurants or concert tickets (+7%). But the average number of gifts drops from 16 last year to nine this year, and preference moves to products such as gift cards (+7%).

To compensate for the price increase, 32% of buyers are looking to buy resale items (second hand/refurbished), and 48% of retailers say their company will sell such products this season.

“Inflation is currently a challenge for both the business environment and the population in most countries of the world. In these circumstances, 34% of the European Union citizens say their main concern is related to the price increase and, by extension, the cost of living. In Romania, 54% of the respondents indicated the increase in the price of consumer goods and energy as the most important issues they face. However, in the first half of this year, private consumption was the main driver of the Romanian economy growth (+7.5% year on year), and for the next period the official forecasts indicate an annual rate of 2.7%”, said Raluca Bâldea, Tax Partner, Deloitte Romania, and leader of the retail and consumer goods industry.

As in previous years, online shopping is on track to dominate the season, but physical stores are regaining ground lost during the pandemic. Thus, this year, 35% of the budget allocated to holiday expenses goes to physical stores (increasing from a minimum of 28% in 2020), but 63%, to online shopping. At the same time, 34% of consumers plan to use social media for holiday shopping, the percentage being much higher among Millennials (56%) and Generation Z (60%).

About four out of ten consumers plan to choose sustainable gifts, and they want to spend 14% more than average, while most shopper are looking for cost savings. Of those not choosing sustainable products, 45% say they are not affordable, and 31% believe it is difficult to identify genuinely sustainable products.

This year, too, buyers are expecting stockouts (77%), but 100% of retailers anticipate receiving their ordered holiday inventory on time (compared to 57%, last year).

The Deloitte 2022 holiday retail survey was conducted among nearly 5,000 US consumers and 40 executives from retail companies, among which more than 90% have annual revenues of more than one billion dollars.