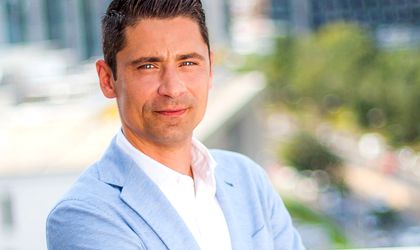 Dairy producer FrieslandCampina reported a 10 percent growth for its Napolact brand in 2015, albeit its overall turnover remained stable, said Cornel Caramizaru, the general director of FrieslandCampina Romania this Tuesday in a press conference. Profit remained in negative territory but the company has overall improved its financial performance, added Caramizaru.

The other brands the producer sells in Romania are Milli, Oke and Campina. Napolact generates about 60 percent of the company’s local sales which in 2014 stood at around EUR 90 million, according to data from the Ministry of Finance.

Last year’s growth came mostly from the VAT cut which boosted consumption and which overall helped the local dairy market go up by about 5-6 percent to approximately EUR 800 million, explained Caramizaru. Launching a line of fresh organic products also helped increase Napolact’s sales, he added. “The organic dairy segment represents only 1 percent of the overall market. We managed to increase this to 2 percent since launching our line of products. There are limitations but on the long run we estimate that this market can grow to about 5-6 percent,” said the general director.

In 2016 FrieslandCampina plans to increase its local turnover by “a low double digit growth rate”. “Improving the company’s overall performance remains our main objective,” he added.

FrieslandCampina has previously said in its 2015 annual report that its local business has been growing after a couple of difficult years. The company has had to close its factory in Carei, Satu Mare county as part of a restructuring program. FrieslandCampina Romania is the third player on the dairy market after Albalact which has been taken over by giant Lactalis and Danone.