Fashion retailer Forever 21 files for bankruptcy, to close most stores in Europe and Asia 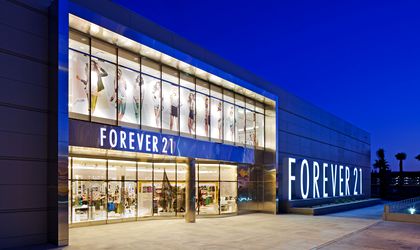 US fashion retailer Forever 21 filed for Chapter 11 bankruptcy protection on Sunday in order to be able to close down some of its stores in the US and abroad, due to the widespread switch to online shopping which has led to many physical stores being unsustainable, Reuters reports.

Forever 21 has obtained USD 275 million in financing from existing lenders via JPMorgan Chase and USD 75 million in new capital from TPG Sixth Street Partners and affiliated funds in order to support its bankruptcy operations.

Since 2017, more than 20 US retailers have filed for bankruptcy as customers have been moving to online shopping, including Barneys, Sears and Toys ‘R’ Us.

The retailer has requested approval to close up to 178 US stores, while it also plans to exit most of its international locations in Asia and Europe, but continue operations in Latin America.

Read more about
How Does A Business Overcome Bankruptcy
read more

The US brand is also present in Romania, with two stores in Bucharest, in Park Lake Mall and Sun Plaza Mall.

The road to bankruptcy: Romania’s fiscal deficit to reach 8 pct of GDP...