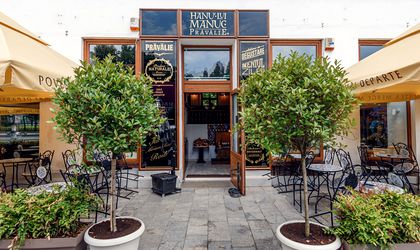 Grill Group has made its first investment in retail by opening Pravalia lui Manuc as an extension of the group’s city centre restaurant Hanu’ lui Manuc. The shop will sell traditional Romanian products and provide seating for 45 people.

The shop has a total surface of 103 sqm on three levels, having required a total investment of EUR 80,000.

“The space that became available near the restaurant was too small to allow us to expand the restaurant. This is why, knowing that the area was known for the variety of shops in the inter-war period, we were inspired to open a similar type of shop of our own. As the tourist traffic at Hanu’ lui Manuc is very high during the season, as it’s one of the capital’s attraction points, the shop comes as a natural follow-on, offering a sample of traditional Romanian products, a souvenir that completes our cultural experience,” said Daniel Mischie, the CEO of City Grill Group.

The shop will sell a variety of products including cured meats, cheese, jams and preserves, wines and other alcoholic beverages, all made using old Romanian recipes.

The share of foreign customers at the Hanu’ lui Manuc restaurant exceeds 50 percent during the summer thanks especially to organized groups, but also to individual visitors seeking the emblematic places of the city. CEO Daniel Mischie says that the shop will most likely also attract a higher share of foreign tourists, and that they are planning to expand the product range with souvenirs and gifts.

Products sold in the shop will also be available on delivery platforms that already include Hanu’ lui Manuc.