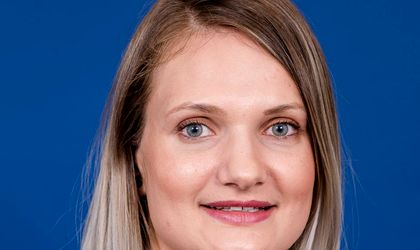 Loredana Samoila, PR Manager of Kaufland Romania, says that the retailer will expand its urban gardens project outside Bucharest.

She added that the CEO of the company fully backs initiatives in the sustainability field.

“Kaufland’s Gradinescu project is going to be expanded to other cities, including Alba Iulia,” said Samoila during BR’s Environmental and Sustainability Summit. She said that a project will be developed in Alba Iulia considering that Romania marks the Centennial this year.

Gradinescu is jointly organized by the Institute for Research in Permaculture in Romania and Kaufland Romania. Nine urban gardens have been developed in Bucharest up to now.

Samoila went on to say that Kaufland has also opened its own CSR Academy for its employees.

“Food waste is an issue for us – we’ve made PR efforts and been involved in various committees – internally, we’ve managed to implement high performance IT systems which allow us to see when certain products are close to their expiration date and then we can lower their prices,” she said, adding that the retailer is supporting NGOs that aim to reduce food waste.

She added that Kaufland donates some of the fruit and vegetables to zoos as one of the avenues to cut food waste.