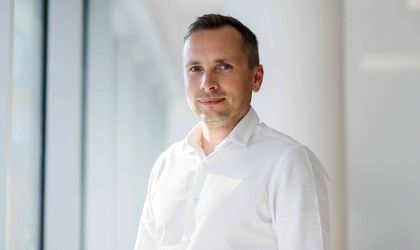 This year Bonami, the store that sells furniture and decorations online, expects, for Black Friday, sales of EUR 2.5 million, of which 20 percent, EUR 500,000, on the Romanian market.

Since during the Black Friday discounts, Bonami records the highest sales in Romania, compared to all other countries where the company is present, there will be offers specially created for Romanian customers.

“This year we are particularly optimistic about Black Friday, we are projecting double sales compared to 2019, both in Romania and in the other markets where we are present. Preparations for this online event began in August, so we can have a wide range and the best prices for our customers. We expect sales to be 300% higher than a typical November day,” said Pavel Vopařil, CEO of Bonami.

Recently, Bonami began to offer in Romania the possibility of delivering small packages through the Coletăria service, which will contribute to the increase of sales in the two Black Friday weekends: ”We expect people to order with even more confidence, because they do not they will rely on couriers and can take orders whenever they want. It is a more convenient and comfortable delivery way for our customers,” added Vopařil.

Compared to last year, the company doubled the number of unique products (SKUs) available for Black Friday from 20,000 to 40,000.

Bonami continues the cashback campaign throughout November and December, so that any amount spent on Bonami.ro during this period, will be returned to customers on 24.12, in the shape of credit.

2020 brought to the online store focused on the sale of home & deco products, the forecasted growth. Initially, in the first quarter, there was a slowdown in sales, due to the onset of the pandemic, but in the following months, the sales picked-up, with periods when growth exceeded the initial plan, both on the Romanian market and in the other markets where Bonami is present, namely the Czech Republic, Slovakia, Poland and Hungary.

Regarding the forecast for 2021, an increase of 35 percent is expected. ”We expect a turnover of EUR 100 million, of which 13 million on the Romanian market,” said Pavel Vopařil, CEO of Bonami.

Despite the pandemic, the company has already opened its first two physical stores in Prague, and the network will expand rapidly this year beyond the Czech Republic, in the main cities of the countries where Bonami is present, and in the future in Bucharest too.

”For the next period, the priority is to open as soon as possible a wide network of stores, which also serve as showrooms and as order pick-up points, first in Slovakia and Hungary, followed by Romania and Poland. It is a much more pleasant and convenient way for our customers to pick up their small and medium-sized products. These locations are also an opportunity to see different collections, to receive design advice, to study textile samples, and, last but not least, to return orders or use the warranty period,” said Pavel Vopařil.

Bonami wants to open 6 more stores by the end of the year, and 20 the following year.

The plan is supported by both the number of visits and orders registered in stores, which followed the anticipated growth trend, and the positive reactions of customers who visit the stores and trust the advice offered by Bonami specialists.

In addition to these services, the company has inaugurated its own transport network, dedicated especially to large pieces of furniture. Launched in spring, the service proved to be a real success from the first months of operation, and was rapidly expanded, with deliveries now being made in Prague, Bratislava and Budapest, and in the near future in Bucharest.

The Bonami application has enjoyed optimizations this year, with new features being added to improve the shopping experience. It still generates 8 percent of the total orders. If you want find best Romanian online casinos check out portal CazinouriRomania.com and find top casinos.