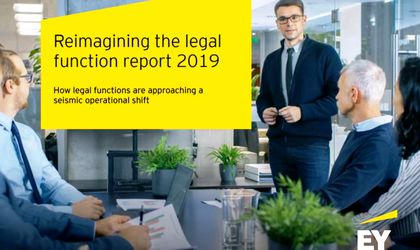 Globally, organizations intend to reduce the costs with their legal departments by 11 percent on average, according to EY’s Reimagining the Legal Function Report 2019 study. 59 percent of respondents mentioned problems in attracting and retaining the legal staff needed to carry out current activities and 74 percent of respondents have already outsourced or intend to outsource their legal activities.

82 percent of global companies are planning to cut costs with legal departments over the next two years and 42 percent intend to cut these costs by more than 10 percent, according to the EY Reimagining the Legal Function Report 2019.

The report, which sums up the replies of more than 1,000 senior lawyers from 25 jurisdictions, notes that on average, companies are planning to cut their costs with the legal department by 11 percent, with legal costs amounting to an average of USD 172 million with domestic legal services and USD 169 million with external legal services.

At the regional level, the largest reduction in spending is expected to be found in North America by 13 percent, while in Europe and Asia-Pacific are expected the lowest cuts, of 9 percent on average.

Challenges related to skills and innovation

The study highlights the difficulties companies face in attracting and capitalizing on specialized staff. Almost three out of five companies (59 percent) identified difficulties in attracting and retaining employees with skills tailored to the new requirements of the legal department. Staffing is a problem. Legal departments spend considerable time and effort on routine activities, 67 percent of respondents spend 20 percent of their routine work on “low-value” compliance and tasks. 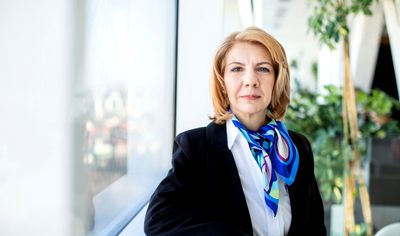 The study’s findings also show that the legal departments risk being lagging behind in terms of innovation. 64 percent of respondents believe that the legal department has not benefited from innovations just as much as other departments, such as human resources, IT, and the finance department. Respondents indicated the “constant pressure of ordinary activities” as the biggest obstacle to innovation over the next 12 months, at 36 percent, followed by “budget constraints” by 32 percent, and “lack of managerial skills or interest management” at a rate of 28 percent.

The need to re-evaluate operational models

Looking at the future, the key trends identified include an increase in service outsourcing: 74 percent of organizations are already outsourcing or are considering outsourcing functions such as contract management, document archiving, due diligence, labor law, and document and entity management.

Purchasing patterns are changing, with more and more contracting for alternative service providers to increase value added. Although the trend can be seen among companies of all sizes, it is predominant at the level of smaller legal departments. 60 percent of companies with less than 1,000 employees are considering the possibility of resorting to alternative service providers and the outsourcing of legal processes, marking a 17 percent increase over the previous year.

Finding the right balance between specialized technical knowledge, workload allocation and efficient use of technology will remain the fundamental challenge of this critical transformation process.

“The EY study mainly focused on the legal departments of large-scale companies around the world, active in various sectors of activity, such as financial, medical, telecommunication, media, transport, consumer goods, and the public sector. Thus, given the complexity of this study, its conclusions cannot be ignored in Romania even though here the market for legal services and the business environment are generally not yet at the same level of development. By comparison, some participating companies have legal departments and over 1,000 lawyers, while on the local market a company with a large legal department has around 50 lawyers.

In Romania, lowering costs as well as attracting and retaining staff are just as current issues for the legal departments of local companies. As a peculiarity, legislative inflation further increases the workload of these departments. Finding a balance between addressing legal issues through a properly dimensioned legal department in relation to the needs of the company and outsourcing those services that, in terms of volume and complexity, outweigh internal capabilities is essential to streamline the costs of legal services,” said Dragos Radu, of Radu and Associates SPRL.