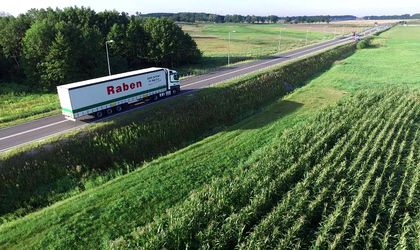 The Raben Group increases its stake in Sittam Srl to 51 percent, starting July 2019, following the agreement to strengthen co-operation between the two companies. By raising the quota to 51 percent, Raben becomes the majority shareholder of the Italian market for international collective transport by road. The acquisition aims at strengthening the position of both companies on both the Italian and European markets.

The strategic objectives pursued by both organizations are expanding the portfolio and increasing operational excellence in order to improve customer satisfaction. These are the reasons why, in the second half of April, Sittam and Raben signed an agreement to strengthen co-operation through changes in shareholder and management.

The result of this agreement is the decision of the Raben Group to increase its stake in Sittam to 51 percent in July 2019, while Bertola – the previous holder of Sittam – will remain a long-term shareholder holding 49 percent of total shares company. Moreover, the owners jointly decided to increase the capital of the company, in order to face the challenges of the modern world, from a stronger position.

At the same time, at the end of April 2019, Sittam’s leadership was strengthened by the arrival of Mr. Wojciech Brzuska, Raben Group manager, with over 20 years experience in the TFL sector. He took over as CEO of Sittam.

“Italy is currently the fourth partner in the international global exchange and that is why the development of connections in and out of this market is extremely important from the point of view of the Group’s strategy. Continuous transformation is the next step in the integration process between Raben and Sittam Italy. After the launch of Sittam connections with Central Europe and the Netherlands, and after launching the network of daily connections to and from Germany, the time has come for the next stage,” explained Wojciech Brzuska, CEO of Sittam.

Continuous transformation is part of the Raben Group’s international strategy. This will increase customer satisfaction and strengthen the position of both companies not only on the Italian market but also on European and global markets. The acquisition is a confirmation of the close cooperation between the two companies.

“Connections with Italy are very important for our business in Romania, given that Italy ranks second among the top trading partners of Romania and that the exchanges between the two countries reached the highest value in history in 2018 bilateral relations. In this context, we are pleased to strengthen the presence of Raben Group in Italy, which will allow us to expand our services to our customers,” said Valentin Storoj, Managing Director, Raben Logistics Romania.

Sittam actively cooperates with many major companies in various industries in the Italian market. For the partners present, taking over the majority of the actions by the Raben Group is not major changes. The company will continue to cooperate with existing businesses, according to previously agreed rules.

The Raben Group took over 20 percent of the shares in Sittam Company in April 2017. The headquarters of the company and its central warehouse are in Cornaredo, near Milan. During the 50 years of operations, Sittam has advanced into a strong international market position in Italy and abroad, consolidating its network across Europe, the Commonwealth of Independent States and the Middle East. The company also offers maritime and air freight transport in cooperation with over 90 partners with whom Sittam intends to continue its long-term partnership.

Raben Group is a logistics provider providing services for small, medium and large companies. With 90 years of experience and industry recognition, the company builds and maintains long-lasting relationships with its customers, following the motto “Your Logistics Partner”.

Bexity on the same track with Raben Group