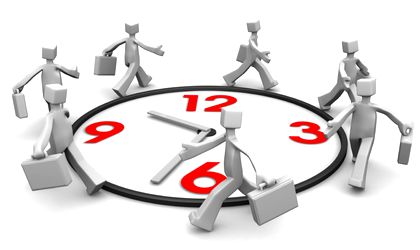 Older workers are boosting employment rates in Iceland, New Zeeland and Israel, according to PwC’s latest Golden Age Index. And in order to enable older workers to take up new jobs opportunities that AI and related technologies will create, retraining and lifelong learning will be critical.

Extending people’s working lives to reflect the ageing of their populations could release massive untapped value for their economies to the tune of USD 3.5 trillion across the OECD as a whole in the long run.

Between 2015 and 2050, it’s estimated that the number of people aged 55 and above in the 35 OECD countries will increase by almost 50 percent to over 500 million. But how many of these half a billion people will be working?

PwC’s Golden Age Index benchmarks, ranks and analyses the performance of OECD countries in fostering older people’s participation in the workforce through employment and training data. It reveals how large potential economic gains are available if employment rates for those over 55 can be raised to those of the top performers.

Current employment rates for workers aged 55-64 vary dramatically across the OECD, from 84 percent in Iceland and 78 percent in New Zealand to 38 percent in Greece and 34 percent in Turkey.

For example, increasing the over 55 employment rate to New Zealand levels could deliver a long-run economic boost worth around USD 815 billion in the US, USD 406 billion in France and USD 123 billion in Japan – with the total potential gain across the OECD adding up to around USD 3.5 trillion.

“Of course, it’s good news that we’re living longer. But an ageing population is already putting significant financial pressure on health, social care and pension systems, and this will only increase over time. To help offset these higher costs, we think older workers should be encouraged and supported to remain in the workforce for longer. This would increase GDP, consumer spending power and tax revenues, while also helping to improve the health and wellbeing of older people by keeping them mentally and physically active,” said Ionuț Simion, Country Managing Partner, PwC România.

For governments, ways to realise these benefits include reforming pension systems and providing other financial incentives to encourage later retirement – steps that several countries are already prioritising.

Significantly, the top-performing countries on the Index tend to share a number of characteristics, including a labour market that supports flexible working and the implementation of reforms targeted at older workers, such as redesigning jobs to meet physical needs. Successful policy measures include increasing the retirement age, supporting flexible working, improving the flexibility of pensions, and providing further training and support help older workers become ‘digital adopters’.

To help governments take the right actions, PwC has used this year’s update of the Golden Age Index to carry out a rigorous statistical analysis of the underlying drivers of higher employment rates for older workers across 35 OECD countries.

The findings from this analysis include that financial incentives like pension policy and family benefits can influence people’s decision to stay employed, and that longer life expectancy is associated with longer working lives. The study also shows that flexible working and partial retirement options can pay dividends for employers, as can redesign of factories, offices and roles to meet the changing needs and preferences of older workers.

A further area that the latest Golden Age Index examines concerns the implications for older workers of rising use of artificial intelligence (AI) and related automation technologies in the workplace. It finds that these technologies raise both potential opportunities and challenges for the over-55s.

Up to 20 percent of the existing jobs of older workers could be at risk of automation over the next decade, so retraining and lifelong learning will be critical to enable older workers to take up the many new job opportunities that AI and related technologies will create.

“AI technology can boost economic growth, generate more labour demand and support longer working lives, for example through the use of digital platforms that allow older workers to market their skills more widely. However, our estimates suggest that older workers do face a higher risk of job automation compared to other age groups, with up to 20 percent of the existing jobs of over-55s at potential risk of automation over the next decade. Measures to support lifetime learning and retraining for older workers will be critical to maximising the gains from these technologies while mitigating the costs,” said Oana Munteanu, Senior Manager, Leader of the Human Resources Consultancy Services, PwC Romania.