Promateris reports a 60% increase in turnover, reaching 17 million euros in the first half of 2021 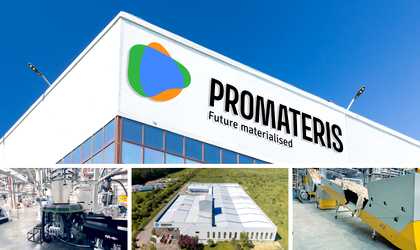 Promateris (BVB: PPL), a Romanian industrial group and leader in the CEE region in producing biodegradable and compostable packaging, recorded a consolidated turnover of 17 million euros in the first six months of 2021, 60% higher compared to the same period of last year. The group, which also includes Biodeck (packaging distribution company), reports a consolidated EBITDA of over 2.8 million euros, registering a 106% increase compared to the first half of 2020.

“Despite the unusual context caused by the health crisis, our team proved that it is ready and determined to continue the company’s development even in these difficult conditions. In the first half of the year, we continued to invest in company development and building production capacity by purchasing state-of-the-art equipment, training the technical and management teams, and investing in the research and development department. Our goal is to develop innovative products that have a low impact on the environment. The financial results for the first half of the year are in line with our expectations and motivate us to continue to make progress towards sustainability and innovation,” stated Tudor Georgescu, CEO of Promateris.

The positive financial results recorded by the company in the first six months are primarily generated by the expansion of the production of biodegradable and compostable packaging. The company has consolidated its position on the Romanian market and abroad by developing distribution channels in the CEE region, in countries such as Greece, Poland, and Hungary. In the next period, Promateris aims to attract new clients, especially from the modern retail sector.

Promateris has made several investments in developing the production capacity of compostable packaging and the production of biodegradable and compostable raw material made from corn starch. Promateris will become the first company in Eastern Europe to produce raw material based on corn starch. Both projects are carried out with the support of grants awarded by Iceland, Liechtenstein, and Norway through the EEA and Norwegian financial mechanisms 2014-2021, within the “SMEs Growth Romania” program. The total value of the projects is 4 million euros.

Promateris has invested heavily in the recent year in company decarbonization and the production of low-carbon-footprint products. One such investment is the installation of a waste recycling line in 2020, which in 2021 helped the company recycle 100% of the industrial waste it generates. In addition, this year, the company reduced its production of polyethylene by 90% compared to 2018. In this context, between 2018 and 2021, Promateris invested over 10 million euros in developing the production line for packaging made from renewable resources. The management’s goal is to invest another 15 million euros over the next five years in projects that respect the principles of the Green Pact launched by the EU.