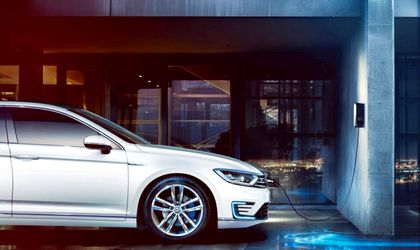 Porsche Romania is closing the first half of the year with an increase in car sales for all brands in the portfolio of 16 percent, compared to the same period last year. The auto dealer sold 141 hybrid and electric cars.

“Evolution of sales in the first half of the year confirms trends in the global automotive market. Customers are increasingly focusing on electric and hybrid models, where they also benefit from state support through Rabla Plus. To this trend is added the preference for technologically advanced cars with high autonomy and interconnection options, “says Kurt Leitner, general manager of Porsche Romania.

Volume brands Skoda and Volkswagen recorded the biggest increase in sales, up 29 percent and 16 percent respectively compared to the same period last year. On the segment of passenger cars Volkswagen remains the best-selling import brand with a market share of 10 percent, followed by Skoda with 9 percent of market sales.

For Volkswagen, a star model in the first part of the year was the new Touareg, launched at the International Automobile Show in Bucharest, for which the first deliveries were made in June.

Porsche Romania’s electric and hybrid sales increased in the first half of the year to a total of 141 units. The best-selling model was the Volkswagen Passat GTE (70 units), a hybrid plug-in, followed by Volkswagen e-Golf and Volkswagen e-up !, two 100% electric models. The company will put more and more emphasis on electric and hybrid vehicles, according to the group’s development strategy.

On the commercial car segment, the Volkswagen Caddy became the best-selling model, followed by the Volkswagen Transporter. The Porsche Romania network operates in the country through 82 representations in 29 counties. Porsche Romania, the largest local car importer, celebrates its 20th anniversary, delivering 455,055 cars to Volkswagen, Audi, Seat and Skoda cars.