PHOTO GALLERY. Top 100 Entrepreneurs: The first ranking to focus on business, not wealth Business Review magazine and banii.net launched on Thursday at the CEC Palace in Bucharest the first bilingual print supplement launched by a press institution in Romania – Top 100 Entrepreneurs.

Among those who handed out the awards were officials like Radu Ghetea, president of the CEC Bank Administration Council, Business Environment minister Radu Oprea, Communications minister Alexandru Petrescu and Agriculture minister Petre Daea.

The ranking was compiled using a scoring system based on five criteria: notoriety, business value, business development, number of employees and social involvement. In the Top you’ll be able to read exclusive stories about renowned entrepreneurs who are market leaders, as well as those whose young businesses immediately conquered international markets. 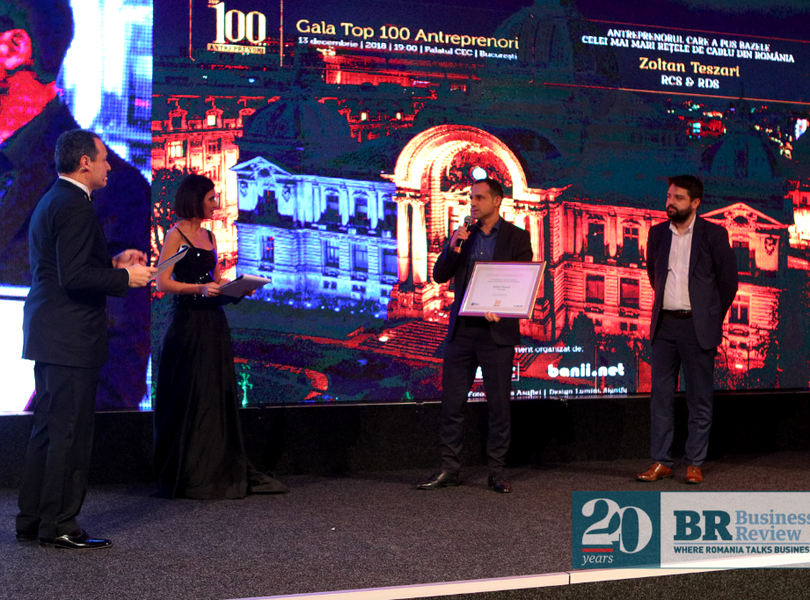 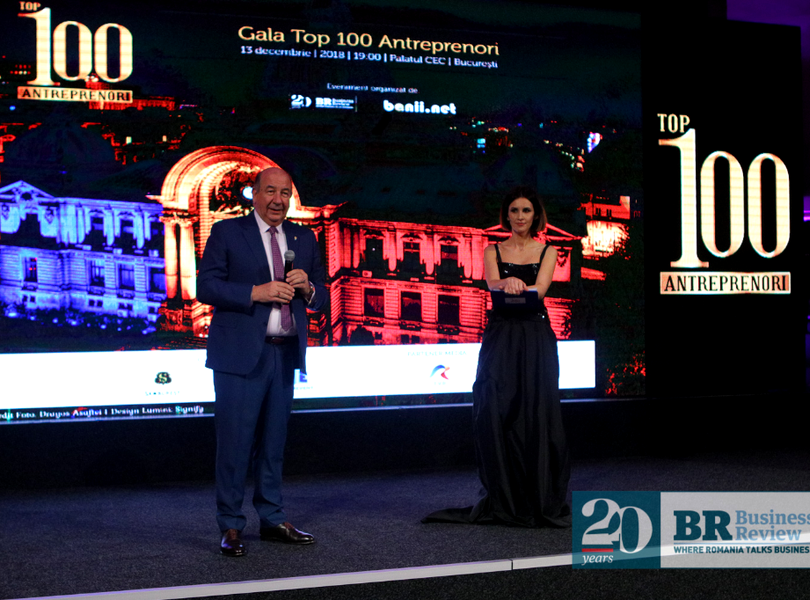 In this project, journalists at Business Review and banii.net developed a ranking of the most promising startups that could revolutionize the markets in which they operate.

The largest company with 100 percent Romanian capital was Dedeman, founded by Dragos and Adrian Paval.

The second place in the ranking is held by Iulian Stanciu, who dropped out of school to open his own business. You can read an exclusive interview with the businessman in the supplement, which is available at all newsstands.

The top 3 is completed by Horia Ciorcila, the banker who turned Banca Transilvania into the number one financial institution in Romania. You can find all the details of his achievement in the exclusive interview in Top 100 Entrepreneurs.