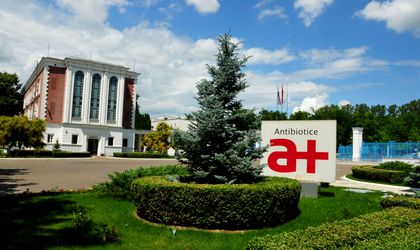 Medical drugs manufacturer Antibiotice Iasi (ATB) reported a net profit of RON 22.3 million in the first six months of 2019, an 11 percent increase compared to the same period of 2018, with sales revenues of RON 172.3 million, 9 percent higher than the corresponding period of the previous year, according to the report published by the company on the Bucharest Stock Exchange website.

At the end of June 2019, spending on raw materials and consumables had reached RON 78 million – 6 percent above the first six months of 2018 – while personnel spending increased by 12 percent to RON 46.8 million.

Antibiotice’s profit in the first half of the year reached RON 27.1 million (22 percent above last year’s), but the result was cut down by a RON 2.2 million loss.

The main shareholder of Antibiotice Iasi is the Romanian state through the Health Ministry, who owns 53.02 percent of the company, while SIF Oltenia owns 18.9 percent of the social capital. The company’s market value on the BVB is RON 339.7 million.