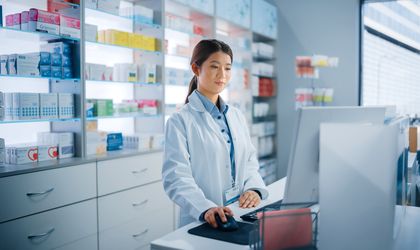 There is a good chance that someone you know is abusing prescription drugs. Statistically speaking, if it is not a friend of yours, then it is a classmate or coworker. And if it not them, it is your mailman. In short, there are very few degrees of separation between anyone and drug abuse. But how did this come to be? How did so many people get hooked on prescriptions?

The reasons are deep and varied, and no one factor contributed to it. If there were one smoking gun to the prescription drug crisis, then the problem could be dealt with. But instead, it is many stones piling on top of each other to make a mountain.

Let’s climb that mountain by examining ten reasons why prescription drug abuse is on the rise.

The Drugs are More Available

We will start with something obvious. But while it is obvious that, by necessity, the drugs have to be more available in order to be widely consumed, it is not obvious as to why this is true.

The reason why drugs are more available is because there are more doctors giving out prescriptions, as well as websites where you can both get and fill prescriptions for cash.

This means there is a whole online industry of essentially forged prescriptions.

Doctors are Incentivized to Write Prescriptions

Most of these take the form of supply and funding. Without writing an excess of prescriptions, doctors cannot justify being given the normal number of pharmaceuticals needed to function.

Some Doctors will be Paid Off

This is something you can look up on various watchdog sites. Essentially, pharmaceutical companies will pay doctors, sometimes in money and sometimes in gifts like catering. In exchange, the doctors prescribe drugs whenever they have an opportunity.

This combines with another common issue in the prescription drug world…

The Drugs are More Addictive Than Ever

It is hard to tell when this started, but it is easy to see when the effect started to be felt. In the last ten years the drugs the pharmaceutical companies have offered have gotten more powerful. And as a result, dependency forms much more easily, and abuse is much more common.

Less Addictive Drugs Were Phased Out

None of that would be so bad if there were still weaker alternatives to the current drugs. But while it is known that derivatives of OxyContin are far too powerful for most of the pain they are prescribed for, they are also the only option for a doctor who wants to prescribe painkillers.

If a person comes to you with a bruise on their hand, you do not put them in a full body cast. And if they have a tummy ache, you do not give them OxyContin. But for some practices, particularly in inner city hospitals, it’s either take the powerful opioids or deal with the pain.

There are Easy Drugs to Shift To

There are essentially three kinds of narcotics: Opioids, stimulants, and depressives. But there are plenty of things that are not drugs that fit into those categories too. Caffeine is a stimulant. Beer is a depressive. So, between pharmaceutical and non-pharmaceutical options for these experiences, if you are addicted to one it is increasingly easy to get addicted to the other.

Also, Everyone is Depressed

This tends to surprise no one. Society tends to go between periods of low and high confidence in the future. Or at least it did until the 20th century. Mass media and modernization helped accelerate the world’s functions to an incomprehensible speed, and also let us know about it.

The result is a society where we have spent a good 40 years dealing with things seeming to get constantly worse. It is no wonder, then, that people turn to drugs as a means to cope.

It used to be imagined that marijuana use would lead to the abuse of other, harder drugs. But now it has come out that what really happens is that prescription drugs will, by design, lead you to needing other prescription drugs to balance them out.

First, you take a stimulant to wake yourself up. But that makes you jittery, so you take a depressive to mellow out. That gives you cramps, so you take an opioid to reduce the pain.

This cycle goes round and round until you have taken ten drugs in a day to just feel normal.

More Older People are on Drugs

This can actually be read as a good thing, as older people will usually be better at processing more powerful drugs. That means that there is a place in the world for those highly addicted painkillers that everyone is pushing. It is just an unintentional place in the world.

This is the most tragic reason of all that prescription drug abuse is on the rise. But to be honest, it is hard to avoid: People want to use these drugs. People want the effects that they grant.

Opioids are horribly degrading to your body and nervous system. But if you do not care how long you live, they can provide a temporary reprieve from the pain of the world.

Stimulants make you live life in fast motion and die young of heart conditions. Depressives do the reverse, making every moment last forever. But again, that is what people seek out.

Prescription drug use is partially (though not completely) on the rise because the effects they give are appealing to humans in some way.

You can read more on Ocean Recovery, but the most important thing to remember is this: No matter what one’s reason is, addiction is destructive. It means dependency on something that not only can you not control, but that someone else can take away.