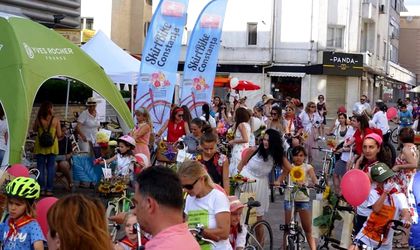 With seven stores owned in Bucharest, Timisoara, Ramnicu Valcea, Suceava and Constanta, Pegas decided to launch a franchise system. Between EUR 5,000 and EUR 25,000 is the investment in a Pegas franchise, depending on the equipment you want in the store, starting with standard furniture and ending with the entertainment part.

“After a thorough analysis of the management, operational, financial, human resources and marketing needs, we have developed a comprehensive franchise package including the Operations Manual, with clear business procedures and rules. Being a business that usually has a strong seasonal impact, we have created a business model based on various modules that can provide constant income sources throughout the year,” Mircea Coman, Pofit system franchise consultant in Romania,states.

In particular, the franchisee will be able to develop business outside store services. Depending on the type of customer they are addressing, they can appeal to Pegas events, bicycle fleets for rent or online sales.

The last store open by the company, controlled by Iulin Stanciu, eMag CEO, was officially launched Sunday, July 15, in Constanta. Here, for the first time, an ApeRider bicycle was brought to the bike sharing system, Constanta being among the first cities targeted by the development of the smart bike sharing service.

“The specificity of our stores is that we focus on direct sales face-to-face. Only then can the client choose the equipment that is perfectly suited to his needs. However, selling via the internet is a way to add revenue, which is why we put the online platform to our franchisees, ” said Andrei Botescu, founder of the Pegas Ateliers.

At the moment, Pegas has seven own stores, but sells the bicycles in 300 partner stores and prepares the opening of several dozen franchise stores this year, both in the country and abroad.

In addition, another 4 own stores will be opened soon, 2 in Bucharest, one in Cluj Napoca and the other in Iasi. Six years after the brand was re-launched, production has reached more than 25,000 bikes per year and 28 models have been created so far.

“In autumn we put the foundations of the bicycle factory so that all production is made exclusively in Romania. In addition, we applied a 3 million euro fund to develop a bicycle sharing system with electric bicycles, ” Botescu, concludes.