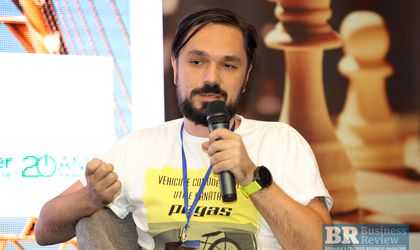 Romanian bicycle producer Pegas has launched a franchise system and the first franchise store has opened in Eliana Mall Brasov, after an investment of EUR 40,000.

Pegas founder Andrei Botescu told Business Review that the franchise package offered by the company to entrepreneurs costs EUR 5,000, and it includes various support services like marketing, logistics, or accounting.

“We’re planning to have 35 franchises in Romania, most of which will be open in large cities, as well as around 10 of them abroad. We will evaluate the proposals from applicants and choose the best ones. Besides the flat EUR 5,000 franchise fee, the investment depends on the size of the store and the way it is designed, starting at around EUR 20,000. The stores can vary from 40-100 sqm to 200 sqm, just like those in our own network. The franchises can be located in shopping malls or at street level; there are no special requirements from us in this respect,” Botescu told BR.

The Pegas Workshops were launched in 2011 by Andrei Botescu with an investment of EUR 70,000, as a revived version of the 1970s brand, whose bicycles were produced at the Tohan Zarnesti arms factory. In its glory days, the factory’s output would reach 30,000 bicycles per month, but the brand disappeared after 1989.

In August 2018, Pegas announced an international launch by listing on Amazon markets. Earlier this year, it introduced Ape Rider, the first smart bike sharing system with no predefined parking lots, after an investment of around EUR 3 million.