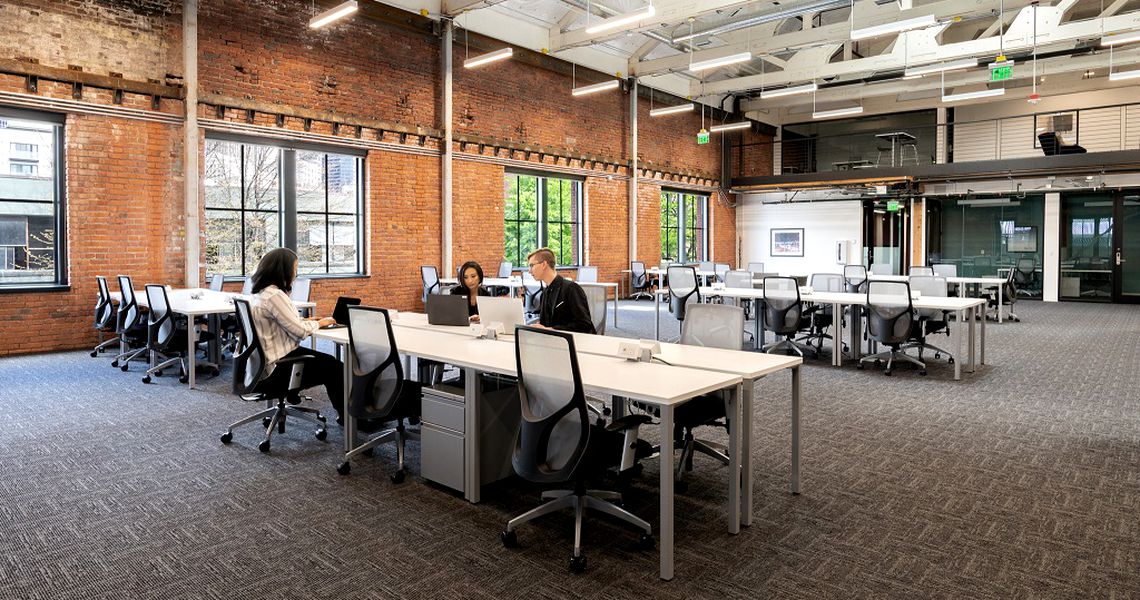 New research by IWG suggests that businesses that do not have a flexible workspace policy – allowing employees to choose and change the workplace location – risk losing out on top talent.

83 percent of the 15,000 respondents from 80 countries around the world said they would choose a job which offered flexible working over a job that didn’t, and almost a third (28 percent) value being able to choose their work location over an increase in holiday allowance.

In light of these findings, it’s unsurprising that 75 percent of respondents believe that flexible working has become the new normal. As a result, in the past ten years, 85 percent of businesses have introduced a flexible workspace policy or are planning to adopt one. The findings signal that, when it comes to dictating what an average working day entails, there has been a power shift towards the employee.

“Last year our Global Workspace Survey talked about reaching a tipping point, but what we are seeing now is that flexible working is considered by many to be the new norm for any business that is serious about productivity, agility and winning the war for top talent. Indeed, half of all our respondents claim to work outside their main office location for at least half of the week.

Businesses around the world are facing multiple challenges including ensuring that their business is agile enough to adapt to change. Our research shows that businesses that haven’t already considered the financial and strategic benefits of flexible workspace need to do so now. Otherwise, they face being seen as out of touch, both with their competitors and with the demands of the modern workforce on what constitutes a great day at work, which means losing out on the best talent,” said Mark Dixon, CEO and founder of IWG.

Perhaps this is due to an increasing focus on work/life balance: flexible working is seen to improve this balance by 78 percent. The findings also show that flexible workspace is seen to encourage a more inclusive working environment, with benefits for returning parents, older workers, people suffering from stress or struggling with mental health issues.

Flexibility not only makes workers happier and healthier but makes workforces more productive: 85 percent of businesses confirm that productivity has increased in their business because of greater flexibility. What’s more, over 40 percent of those surveyed report at least a 21 percent improvement in productivity as a result of flexible working. These figures are given greater weight considering the UN states that the global slowdown in productivity is one of the most prominent features of the world economy in recent years.

In these uncertain times, it’s clear that businesses are prioritising agility and cost efficiencies. 55 percent of businesses surveyed said they are looking to be more agile in 2019. Over a third of businesses are looking to expand internationally this year, and the majority of respondents (64 percent) say that they have chosen flexible working because it accelerates speed to market in new countries. 66 percent also choose flexible working to help them to scale. Flexible workspace has also been chosen by 65 percent to reduce capital and operational expenditure. The same number of respondents have adopted flexible workspace to help manage risks, and to consolidate their portfolio.

The findings also show that two-fifths of people worldwide see commuting as the worst part of the day (40 percent) and more than half of respondents believe that it could be obsolete in a decade (2030). Pressure has been mounting as commuters are increasingly disgruntled by their journey to work, and one in five (22 percent) respondents would say that they are ‘regularly late’ for work due to travel disruptions. Almost half (48 percent) of workers spend their commute working, and as a result, nearly half (42 percent) think that official working hours should include time spent on their journey, as this does not constitute ‘free time’ in their day.

For many employers and employees, flexible working is now the norm. Half (50 percent) of those surveyed state that they now work outside their company’s main location for at least half the working week or more, and for 70 percent of people, a choice of work environment is a key factor when evaluating new career opportunities. Flexible working is a model that provides employers with the opportunity to increase productivity, attract talent and adapt to changing circumstances, and something that will therefore prove invaluable as we look at uncertain times ahead.