Only 6 pct of Romanians work part-time, one of the lowest shares in the EU 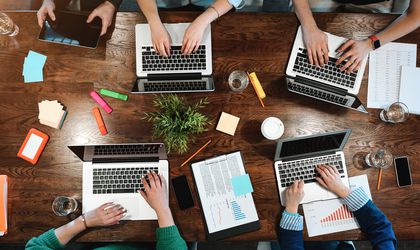 Romania has one of the lowest shares of part-time workers among the 28 European Union member states, of 6 percent, far below the EU average, Eurostat data show.

Among the EU Member States, the Netherlands has the highest proportion of part-time employment in this age group (47 percent), followed by Austria (28 percent) and Germany (27 percent).

At the other end of the scale, four Member States have 5 percent or less of their 20-64-year-old in part-time employment: Croatia and Slovakia (both 5 percent), Hungary (4 percent) and Bulgaria (2 percent).

Romania has the 7th lowest share in the EU of people aged 20-64 who work part-time.

The largest differences between the part-time employment rates for women and for men were in the Netherlands (51 pp), Austria (38 pp) and Germany (37 pp). In contrast, the differences were smallest in Bulgaria (0.4 pp) and Romania (0.6 pp).