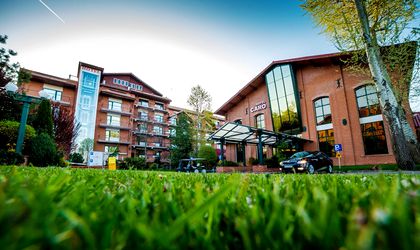 In the last year, Octavian Lazar, the owner of Caro Hotel, a conversion of old Glucose Factory in Bucharest, for the renovation of the hallways and 85 rooms of the hotel covering 4,200 sqm.

The modernization project haven’t affected the architectural identity of the former factory.

”Undoubtedly, the main challenge was at the level of room automation, in the sense of adapting the project to the hotel’s architectural style, ”explains Octavian Lazar, director and owner of Caro Hotels.

The walls of the former Glucose Factory, built in 1902, have witnessed many chapters in Romanian history, so it was necessary to preserve the defining elements of the building. Built in ten years, with Belgian capital, the Glucose Factory put its mark on Romania’s history.

In the 1930s, it had already gained greater importance in the national economic context and was included on the list of objectives worthy of being visited by the future King Mihai I, which happened in April 1940. One year away, the factory goes under military control during the government of Marshal Ion Antonescu and a few years after (1948) becomes nationalized.

Read more about
11.1% increase in the total value of EVERGENT Investments assets as of March 31, 2022
read more

Being a conversion of a factory from the interwar period, the renovation of the hotel took into account the history of the place and created a harmonious blend of industrial elements and contemporary elements to support the authenticity of the place in the current context of interior design.

According to Octavian Lazar, as a novelty on the Romanian market, through this project, the guests of the hotel will be able, besides the digitized room control, to make remote check-in, having the possibility to enter the room using their mobile phone, and access to parking will be done only on the basis of the vehicle’s recognized number of the access system.

The next stage of modernization will take place in 2019, when the emphasis will be on renovating and redecorating conference rooms within the complex, making a smaller but multifunctional reception and updating the Romanian restaurant.