NextUp analysis: Over 60% of entrepreneurs say they are affected by the situation in Ukraine 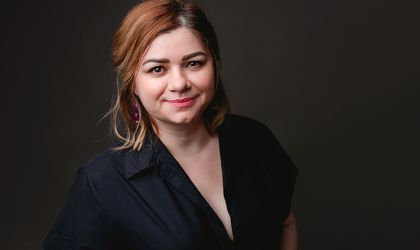 More than 60% of entrepreneurs in the NextUp community say that their business and activity are directly or indirectly affected by the situation in Ukraine, which has generated higher prices and costs or blocked collaboration with external suppliers, according to an analysis by NextUp, one of the most important software manufacturer for scaling companies.

In this context, over 80% of entrepreneurs say that they become more cautious and make more calculated decisions in business, with the help of ERP systems that provide real-time data on the evolution of the business and that they plan to automate several processes in activity to reduce expenses by up to 50%.

Thus, 48% of them say that at the moment they prefer to wait to make long-term business decisions, such as opening new working points, 30% of respondents say they feel anxiety and uncertainty about the evolution of the business, and 22% are optimistic and believe that any negative change can become a business opportunity.

“In such situations, our analysis shows that, in over 80% of cases, entrepreneurs become more cautious and want to rely more on figures and less on instinct, analyzing the financial reports they have at their disposal at any time in a software suitable for their business, such as an ERP system. Thus, they make the right decisions, without risk and they are confident to take the next step in their business, having the certainty that they will have business growth reducing the consumption of material resources”, says Roxana Epure, Managing Partner NextUp.

Asked to what extent the crisis in Ukraine is changing their business plans, 44% of Romanian entrepreneurs say they take decisions with caution and adapt to the current context, as the crisis has partially changed their plans. At the same time, 39% of the respondents say that they adjust the spending budget, make controlled investments and make decisions in the short-medium term until the conflict ceases, and 17% continue their activity and business plans as before.

Regarding the approach of the business in crisis situations, 54% of the Romanian entrepreneurs put the reason before the emotions, make weighted decisions and rely on the figures and the financial reports that they generate in real time in the ERP software they use. At the same time, 42% of them claim to become more cautious, make calculated decisions in certain respects and rely on instinct in other situations. Only 4% of entrepreneurs say that they rely strictly on instinct and that it always works regardless of the context.

“Against the background of the conflict in Ukraine, entrepreneurs are responsible for reducing and controlling expenditure. Therefore, they feel the need to have increased visibility in the business and measurements in figures of the indicators specific to their business in order to make the right decisions that put their organization at ease in the medium term.  A handy solution is automation, which reduces a company’s costs by up to 50% on average and keeps the entire budget of a business under control,” adds Roxana Epure, Managing Partner NextUp.

NextUp data shows that in the event of a new economic crisis, 55% of Romanian entrepreneurs would look for new ways to save financial resources, such as automating business processes, so as not to have to lay off employees. 33% of respondents say they would restrict their activity and reduce their marketing budget and the number of employees, while 12% would try to find new sources of investment.

From the participants in the NextUp Romania study, 32% are service providers, 25% are active in trade, 15% in construction, 12% in IT, and the rest have businesses in the industry producing materials, food or clothing. About 14% have a turnover of between 1 and 5 million euros, 2.7% pass this threshold, and 83% of responding entrepreneurs have a turnover below 1 million euros.

What Is ERP? How Retail Businesses Benefit From ERP System?