A novel experience for tourists: driving an old Dacia around Bucharest 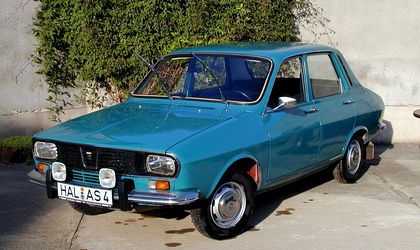 For foreign tourists, seeing things the way they were decades ago and exploring the remains of the communist era is something new and interesting. They can now have such an experience by driving around in an old Dacia, made in the 1980s, according to Economica.net.

Reporters talked to Serban Cornaciu, the man who provides the service. The idea came to him after visiting Berlin, where there are many communist-era museums and you can take a tour driving an old car from that time and place, such as the Trabant. So he started what is called the Red Patrol.

He and his associate found two old Dacias and restored them. They looked for other models as well, but there are no more ARO cars and they couldn’t find parts for Oltcit. The two Dacias, named Malvina and Domnica, are made in 1984 and 1989 respectively and the third will join them in the following month.

They started the tours in July and most of them have been night drives. So far, they’ve oraganized 20 tours with 45 tourists, most from Germany and Holland. The cost for a tour is EUR 190 per car if the tourists are driving and EUR 230 per car if they opt for a driver, who also works as a guide for the tour.