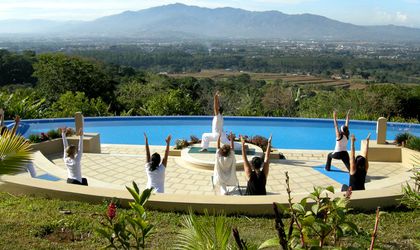 Almost 60 percent of all Romanian employees (57.2 percent) had less than 10 days of holiday in the last year, while 20 percent did not have a free day and only 17 percent took all holidays available in one year, according to a study by eJobs. And 36.1 percent of respondents said they had fewer days of leave than last year.

However, the forecast for this summer is more optimistic: 73.9 percent of employees have planned between 5 and 20 days of leave, while 13.3 percent will have a maximum of 5 days and 12.7 percent will remain summer at the office.

“The number of holiday days that Romanians take away tells a lot about how they manage to divide between office and home. But even more telling is the behavior they have on holidays. 4 out of 10 Romanian employees say they are accustomed to working on their free days, and 14.5 percent of them spend at least two hours daily for that purpose. In the vast majority of cases, however, we are talking about a misperception about the level of involvement that employers expect from them. Although indeed there are companies where newcomers are taught that overtime is mandatory and that job duties do not take account of free days, more and more companies have taken on a role of education and have begun to encourage and sometimes even to impose on employees the task of terminating work hours,” says Bogdan Badea, eJobs Romania CEO.

A significant number of employees remain connected to what happens at the office when they are on vacation. Even more, a quarter of all participants in the eJobs study said that when vacation is shorter than a week, they choose their destination in close places, such as home time, so that they can be contacted at any time, by colleagues. 18 percent say this is a rule they never deviate, while 57 percent do not take this factor into account.

“More surprising, however, is what respondents responded to when they were asked whether they had to interrupt their leave and return to the office early to solve work problems; 42.3 percent, or almost half of the total, answered << yes >>,” added Bogdan Badea.

The email remains almost for everyone active, with only 9 percent of respondents saying they do not check it when they are on vacation. The most “silly” (3.8 percent) have a record-breaking frequency of email connection – once or several times per hour, every day.