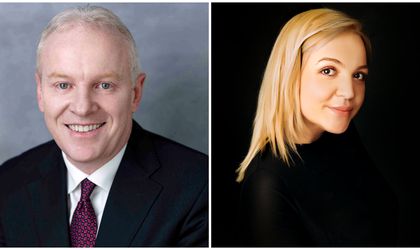 More than half of the consumers (54%) have become more focused on saving and more price-oriented in the last nine months, according to PwC’s Global Consumer Insights Pulse Survey, conducted in June. Thus, even though many people are now receiving vaccinations, and signs of recovery are appearing in some economies, consumers’ money anxieties have not yet eased. Global Consumer Insights Pulse was conducted also in October 2020 and in March 2021.

“If in the previous edition of the report, in March this year, we noticed a slight revival of consumers’ interest in spending, now we see a clear trend towards saving. Even if these habits persist, we expect consumers’ spending spending to improve as economies recover from pandemic losses. There is also a tendency to save among the younger generations, even if they haven’t experienced financial crises so far. However, we find for example that many respondents (61%), especially from Europe and the USA, are eager to spend more on dining out”, said Mihai Anița, Partner and Leader of Retail Services, PwC Romania.

The survey shows that the spending structure will remain the same in the next period, with much going on necessities, such as food and household goods.

However, consumers said that in the next six months, they expect an increase in spending on groceries (37%), takeaway food (32%) and home entertainment (30%) and less on sports equipment (21%), arts, culture and sporting events (19%) and alcoholic beverages (18%).

“Some behaviour changes, both forced and voluntary, will have become a habit. We see that the preference for online shopping is growing at a faster pace than during the lockdown, especially for grocery. At the same time, consumers are more oriented towards organic and local products. Companies should be aware of these changes and constantly adapt to them”, said Ruxandra Tarlescu, Partner PwC Romania.

Over 36% of consumers say they’ve become more optimistic about the economy since late last year. As ever, it’s the young who are most upbeat about the future.

The transition to digital has accelerated even more

Over 50% of global consumers surveyed say they are more digital in the last months. Although the number of those who returned to physical stores increased after the restrictions were lifted (46% in June, compared to 42% in March), smartphone purchases continue to rise, gaining two percentage points compared to in-store purchases.

In the top reasons for the increase in online shopping, the price exceeded the quality and convenience, registering large margins in most categories (fashion, 47%, electronics, 42%, health, 38%, appliances, 40%). The exceptions are grocery, where the three reasons have close percentages, the price being mentioned by 35% of consumers, convenience, 33%, and quality, 29%.

Given that many people have been shut indoors for such a long time, it might seem surprising to hear anyone claiming they’ve become healthier in the last six months.. In fact, more of the work-at home group say they have better health now (55%) than do those who work away from home (46%).

The percentage of those who want to travel in the next six months has increased very slightly, from 47% in March 2021 to 50% in June.

Also, more consumers buy local products and more than half of respondents say they are more oriented towards organic products.

Since October 2020, there was a solid 6 percentage point step-up in the number of shoppers who say they’ve been doing more to support local independent businesses.

Global Consumer Insights Pulse survey included a sample of 8,600 respondents from 22 countries and can be found here.