Electrogrup Develops a Smart Urban Mobility Project in Bistrita, Worth Over 6 mil. Euro 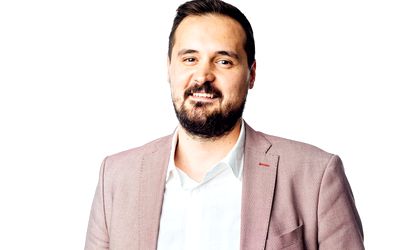 Electrogrup, member of the E-INFRA group, will develop, in association with MIS Grup and Drumserv, a complex Smart Urban Mobility project, worth over 6 million Euro.

The project aims major developments of Smart Mobility in Bistrita and includes: turnkey implementation of an adaptive traffic management system; intelligent video surveillance and access control system; an advanced command center, for the management of the implemented smart systems;  a smart management lighting system; modular bus stations and information panels in stations, along with computers and on-board displays in buses. The project also covers the civil works component necessary for the implementation of the above mentioned systems.

“It is an honor to be involved, along with the signing of this contract, in the process of smart development of Bistrița Municipality. We are talking about a city with a beautiful history and architecture, but also with special people, whose lives will be changed for the better, and it will be a pleasure to demonstrate, at the end of this project, that modern technologies can be implemented and successfully combined, anywhere. Moreover, this new step is a great continuation of our efforts to deliver integrated projects that combine various smart verticals and bring us closer to the goal of becoming the number one integrator in the Romanian Smart City Market,” says Dragoș Nedelea, Development Director Smart City & Telecom, Electrogrup.

Through this project, the people living in Bistrita will benefit from a safer and more efficient transport, a smoother traffic, with less congestion, and the local authorities will be able to easily manage, in real time, all aspects related to the road traffic, public transport and the quality of mobility services provided.

“The green line is the most important sustainable mobility project for the Bistrița municipality, from a bundle of four projects with a total value of over 35 million Euro that will change the paradigm of urban transport, providing priority to durable and sustainable travel. Ecological public transport, cycle paths and pedestrian areas will take precedence and will allow easier movement from the neighborhoods to the city center. An important and, at the same time, modern and useful component is the Smart City one, through which the traffic will be digitally managed and the information will be transmitted in real time. The European Union, through its European funding programs, practically discourages the development of traditional car traffic and imposes sustainable measures aimed at the reduction in carbon dioxide emissions,” adds Ovidiu Teodor Crețu,  Mayor of Bistrița.

In addition to its activities in the energy infrastructure, construction and telecommunications sectors, Electrogrup is also one of the most active providers of turnkey Smart City solutions for public administrations and private companies.

At the beginning of the year, Electrogrup started the implementation of another smart urban mobility project in Piatra Neamț, for the modernization of the waiting stations for public transport, worth over 4.3 million Euro. In addition, the company has started the development of a smart road traffic management system, in the same city, worth 5.5 million Euro. Other projects currently developed by the Smart City Division are a multi-storey car park, equipped with smart solutions, in Oradea, and the furbishing of the runway and beacons for the Ghimbav-Brașov Airport. Electrogrup also designs and executes works for the modernization of the urban mobility infrastructure, within a unique project in Europe, carried out in Câmpia Turzii, worth over 4.6 million Euros.