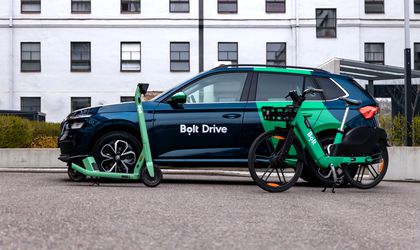 Bolt, Europe’s first super-app, has announced its largest ever funding round to further scale its existing products and accelerate the transition from owned cars to shared mobility in cities.

The €628 million investment round was led by Sequoia Capital and Fidelity Management and Research Company LLC with participation from Whale Rock, Owl Rock (a division of Blue Owl), D1, G Squared, Tekne, Ghisallo, and others, and takes Bolt’s valuation to €7.4 billion.

Markus Villig, Founder and CEO at Bolt, said: “For decades, cities have been built for cars, not people. That has led to unsustainable traffic, pollution and loss of public space to parking places. We think this approach is outdated.

Over the past eight years we have developed products that offer better and more affordable alternatives for almost every purpose a private car serves. We’re partnering with cities to help people make the switch towards light vehicles such as scooters and e-bikes and shared mobility options like ride-hailing and car-sharing to transform urban areas back into sustainable, people-friendly spaces.

That’s why we’re pleased to announce this new round of funding – the biggest in our history – which will help us build a future in which cities have less congestion, less pollution and more green spaces where people can easily move around in a safe and sustainable way.”

Scooter-sharing is just one part of Bolt’s suite of mobility and delivery products, which are currently used by more than 100 million customers in 45 countries and over 400 cities across Europe and Africa. Other products also include its ride-hailing service; car-sharing service Bolt Drive; Bolt Food, which enables customers to order meals from restaurants; and Bolt Market, a 15-minute grocery delivery service.

Bolt Market, one of the company’s newest products, was developed and launched during the pandemic and already operates dozens of stores in ten countries across Europe. With this new investment Bolt will accelerate its expansion rapidly in 2022 and plans to have hundreds of stores operational by the end of the year.

Synaptiq closes funding round totaling EUR 250,000 for Mediq, during Investors Days, a...