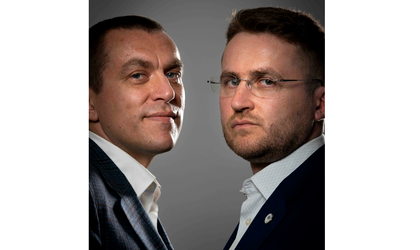 Autonom Services SA, the most extensive mobility network in Romania, reports consolidated revenues of 178.1 million lei, up 21% compared to the same period last year, and a net profit of 12.5 million lei, an increase of 201.6% compared to the first half of 2020. The company estimates that for the entire 2021, the financial results will be similar or even above those recorded in 2019, beginning a new cycle of accelerated and sustainable growth.

“The first six months of 2020 forced us to quickly adapt to the new conditions and work with multiple scenarios to manage the uncertain future better. In the first half of 2021, we benefited from the results of our good decisions taken a year ago and the economic recovery, continuing to be active in the same agile way. For us, it was another semester of sustainable growth, adapted to the ever-changing realities, in which we recovered significantly from last year’s decreases. Autonom has always prospered in times of crisis or shortly after and, similar to how we have evolved in the past, we want to take advantage of the opportunities that arise in the current market situation, to accelerate our development further,” stated Dan Stefan, co-founder, and shareholder of Autonom.

The operating lease division continued to grow, with total revenues of 90.1 million lei, representing an increase of 7.29% compared to the same period of 2020. These positive financial results are due to Autonom’s business strategy of focusing on small and medium-sized fleets, positioning itself as a mobility partner, and providing its services throughout the country. Also, an essential role in achieving these results was played by developing the partnerships division and increasing collaborations with several financial institutions and car dealers. As of June 30, 2021, the operating lease division operated 7,028 vehicles.

Regarding the rent-a-car business line, the company had an unusually high fleet occupancy rate of 88%, while turnover increased by 27% in the first six months of 2021, reaching 26.9 million lei. During this period, the Autonom Rent-a-Car fleet reached 2,199 cars. In addition, the company continued to develop the replacement car service in the event of an accident. It honored over 1,800 requests in the first half of 2021, up 85% from the same period last year, totaling over 8,000 rental days. During this time, the company opened two more agencies, in Odorheiul Secuiesc, respectively Targoviste, and currently has 46 agencies in 33 cities.

“Despite the difficulties that economies generally face as they recover from a crisis, such as the one resulting from the COVID-19 pandemic, the first half of the year was in line with our expectations. Autonom results are proof of the strength of the built business model, and we continue to work with several scenarios in this uncertain environment to take advantage of growth and development opportunities. Our priorities for the future remain the financial health of the company, the development of sustainable services in harmony with the environment, the maintenance of an organizational culture in which people evolve every day, and the development of projects with an impact on the education of new generations,” added Marius Stefan, co-founder, and shareholder of Autonom.

In the first half of 2021, Autonom also recorded growing results in the used car division. The company sold 763 cars that generated revenues of 36.3 million lei, up 18.81% compared to the first six months of 2020 and 105% compared to the same period in 2019. Also, during this period, Autonom continued to invest in improving the DN1 location of the company from 64 Soseaua Bucuresti-Ploiesti, which is currently one of the largest car parks on DN1.

Another major success of the first six months came in June 2021. Fitch Ratings maintained the “B +” IDR (Long-Term Issuer Default Rating) rating for Autonom Services. More importantly, Fitch has reviewed the company’s outlook, from negative to stable, due to Autonom’s good results in 2020 and how it has responded to the COVID-19 pandemic. The company has managed to improve its performance in the eyes of an independent agency. It has progressed from a negative outlook to a stable one in just one year, one of the most challenging so far for the industry in which it operates.