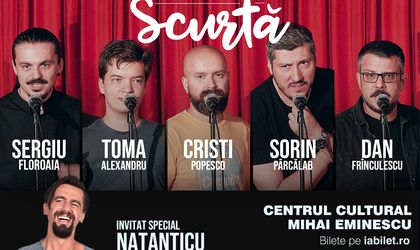 Zenith Romania won three awards at Festival of Media 2020 with one of the most important campaigns created for Durex – Safe Sex: No laughing matter? Moreover, the media agency was nominated in seven of the eight entered categories.

The awards received by Zenith Romania at Festival of Media 2020 are:

The campaign Campania Durex “Safe Sex: No laughing matter?” started from the need of making the consumers resonate with the whole content created by Durex. The functional communication of the main player in the category wasn’t succeeding in bringing the Durex brand more than small growth, while the whole category was remaining at the same level. Moreover, the fact that two thirds of Romanians (67 percent) said that they knew what the contraceptive methods represents, but were not using them, represented also a worrying factor in the given context. Therefore, based on the historic data, a traditional TVC & Digital communication campaign wouldn’t have had as an effect the boost in selling condoms or the growth of the category that would reduce the gap in terms of sexual education and would have normalized the conversations about condoms. In order to resolve those problems, Zenith recommendation was the association with the humour, a fact taht resulted in a long term partnership between Durex and the stand-up comedy, Ceva Mărunt.

The campaign Durex “Safe Sex: No laughing matter” was a forerunner of what was about to become the most successful partnership in the last four years, alongside the brand agency Minio. The campaign played an important role in the growth in sales of the Durex brand (13 percent compared to the same period of time, last year), as well as of the whole category. Moreover, the video actives had a great performance compared to the previous years – 2,2 million views, with a coverage of 93 percent in the 15- 34 demographics.

Festival of Media is celebrating 14 years of showcasing the very best in media and marketing campaigns, while upholding and maintaining global industry benchmarks throughout the sector.