#UnboxYourCity– Over 1,300 images posted on the biggest InstaWalk organized by Samsung Romania 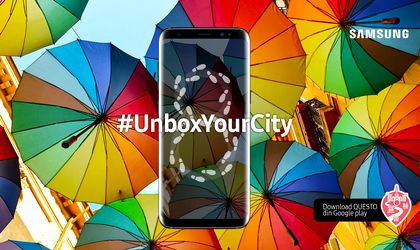 Samsung Electronics Romania organized the biggest InstaWalk that took place at the same time in 8 counties in Romania, during the campaign #UnboxYourCity with Galaxy S8, during June 24-25. The company challenged Instagram users to discover the city with the help of the available routes in the Questo app.

Over 1,300 images were posted under the hashtag of the challenge along the whole period and over 600 people finished the routes available in the app. On Samsung Romania’s Instagram page the number of the interactions grew by 23 percent and over 2,000 people followed the fresh content published by Samsung over the weekend.

According to the data registered by the Questo app, the most explored route was „Secretul Corbului” (The Raven’s Secret), in Cluj, while the biggest number of explorers was registered in Bucharest.