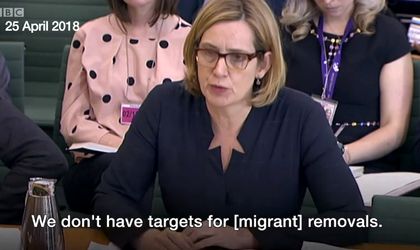 The British home secretary Amber Rudd has resigned, saying that she “inadvertently misled” MPs over targets for removing illegal immigrants.

Sajid Javi was named as the new home secretary, according to a decision of the British PM. Javid, 48, is a former general director of Deutsche Bank and previously worked as state secretary for communities and local administration.

On Sunday, the Guardian published the full letter it had reported on a week earlier, in which Rudd set out her “ambitious but deliverable” aim to deport 10 percent more illegal immigrants over the “next few years” to PM Theresa May, according to the BBC.

Rudd said in her resignation letter she takes “full responsibility” for the fact she was not aware of “information provided to (her) office which makes mention of targets”.

She is the fifth person to resign from the Cabinet since last year’s general election – following Sir Michael Fallon, Priti Patel, Damian Green and James Brokenshire.

How to Upgrade Your Home Business Office