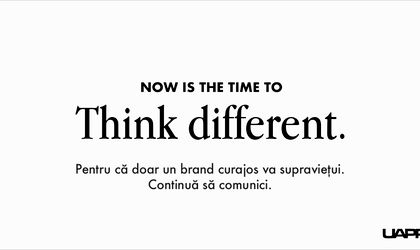 “Never waste a good crisis”, Winston Churchill’s quote, the most used during this period of time, becomes UAPR’s main action plan and it proposes to the advertising industry two creative challenges.

Continuing the series of challenges launched last year, with the series of campaigns “Do the pitch right” (“Pitchuieste corect”), UAPR proposes to the industry new themes through which it invites the agencies to manifest their creativity in the benefit of their clients: “Continue to invest in your brand, especially on a crisis period of time” and “Pay the bills on time”. Those are the two themes that are addressed to the whole advertising industry and that are to be approached by agencies.

The first is a theme long talked about and debated, including with the occasion of the previous economic crisis and that starts from a truth proven by studies. Therefore, in a global study realized in February 2020, on a sample of over 35.000 consumers, Kantar Media found out that the majority of consumers’ opinion is that in uncertain times or crises, brands shouldn’t stop advertising. Moreover, 78% expect that brands would get involved in their everyday lives through an authentic and empathetic communication, while 75% believe that the brands should inform the population regarding their actions and get involved socially.

Not least, 50% of the consumers believe that brands need to communicate just as they did prior to the crisis moment.

When it comes to the second proposed theme, especially the context generated by the pandemic, UAPR draws the attention towards the fact that behind every bill there are people that depend on those money and the long and very long payment period of times can transform in payment delays towards a series of parties involved (creative communities), from freelancers, artists, graphic designers, illustrators, actors, production companies, influencers, etc. Those delays can impact including their own employees, impacting negatively their life quality, their work and, ultimately, the quality of the creative product. 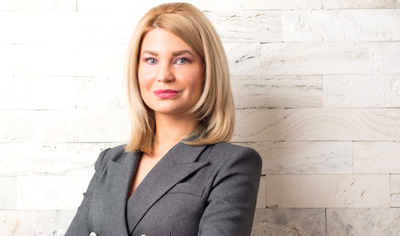 Through this campaign the agencies want to attract the attention of all their partners that paying their bills in time can be considered not only just a natural act towards the people that produce the ideas behind the campaigns, but also as a CSR gesture in itself. In the new context generated by the pandemic, the local creative communities need the support and the solidarity more than ever.

The first agency that answered the challenge was Ogilvy Romania, the result being soon „on air” on the website and on all the association’s and the agency’s social media accounts.

„The association’s role becomes even more important in difficult and uncertain period of times, such as this one. Through everything that we do we want to maintain the optimism, the positive thinking, the creativity and the daring actions of the agencies, their partners and their clients. We believe that the opportunities created by the crisis itself that we are passing through together teaches us to accept that things can be done differently as well and therefore, we can talk more openly, take action more transparently and put ourselves more often in the place of our partners. We proposed our members new challenges, but we are open to discuss other points of view as well, other perspectives,” said Stefan Iordache, UAPR president.

“We firmly accepted the challenge because is the right period of time to remind ourselves that behind every advertising project are people. That of their work depends, in the end, the success of a project, of a campaign, their memorability, the impact on the client’s business success. And, the most important aspect, is that this work needs to be rewarded. It is not an approach about pragmatism, out of the contrary. It’s an initiative that talks about value, valorisation, recognition and respect,” commented Mirel Plesca, member of the UAPR board.

Therefore, UAPR invites all agencies to take on its challenge. The association’s members believe that serious things can be approached in a creative note and with the smile on the face.

Why a brand’s relevance matters as much as its reputation

In crisis, communication should be stronger than ever