#TraiascaCapraVecinului – Idea of the Year for Top 3 ADC 2018 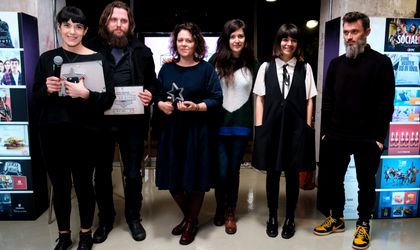 For the third year in a row, ADC Romania has chosen the biggest winners of the Top 3 ADC, during the ADC Night event. Raluca Circo (McCann Worldgroup Romania) was the Art Director of the Year, the Copywriter of the Year is Ioana Munteanu (GMP Advertising + Webstyler), #TraiascaCapraVecinului is the Idea of the Year and Coca-Cola is the Client of the Year.

“The ADC ranking recognizes the creative works that are launched by creative departments in Romania during the year. More precisely, the works that we see on the market or the ones that are sent to be judged. I believe it’s good to realize where we are as an industry. Maybe we are good on video and weak on radio. Strong on cases, weak on print executions. But, all in all, it’s an occasion for us to all reunite and talk, without competition or vanity, about how to be more creative and better people,” said Valentin Suciu, ADC Romania President & Creative Partner Jazz Communication.

The Art Director of the Year 2018 is Raluca Circo (McCann Worldgroup Romania) whose projects were appreciated in Top 3 ADC*RO twice with The Work of the Month: Coca-Cola SEEN (winner in February), Coca-Cola -#samefeeling (winner in October) and two accolades for Star Fun – Battle (Jazz) and KFC – Booster Limited.

Ioana Munteanu (GMP Advertising + Webstyler) is the “Copywriter of the Year”. Her projects brought her the second place for KFC Smart Menu (in January for McCann Worldgroup Romania) and KFC – Altceva (March, for McCann Worldgroup Romania), and also The Work of the Month for PressOne – #TraiascaCapraVecinului (November) and  PressOne – #TraiascaCapraVecinului with brands (in December).

#TraiascaCapraVecinului was twice the Work of the Month (a first in the Top 3 ADC) and starts from a powerful insight, a desire of uniting the brands and supporting the competition as a growing and evolution engine and was created by GMP Advertising + Webstyler for PressOne. The team formed of Lucian Cernat, Cosmin Nicola, George Popa | Art Directors & Diana Nica, Ioana Munteanu | Copywriters,  transformed “Sa moara capra vecinului” into a fair play competition joined also by brands such as KFC, McDonalds, BMW, Porsche or Timisoreana.

Based on the scoring offered by the Art Directors Club Romania members to the entered campaigns during the year, from the list of the most present agencies in Top 3 ADC*RO 2018 number one place goes to McCann Worldgroup Romania, followed by Jazz Communication, MRM//McCann, GMP Advertising + Webstyler and Headvertising.