The “Youth Pact” project, initiated by CONAF and sustained by OMV Petrom, has a new video campaign 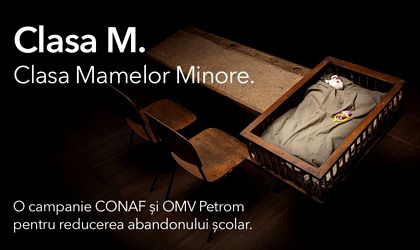 The “Youth Pact” project, initiated by Confederația Națională pentru Antreprenoriat Feminin (CONAF) and supported by OMV Petrom, as the main sponsor, in partnership with the Ministry of Education, the Ministry of Family, Youth and Equal Opportunities, the Ministry of Labor and Social Solidarity, UNICEF and the World Bank is becoming the most important concentration of forces at the national level to change the fate of young people who have dropped out of school or are at risk of dropping out.

Cheil | Centrade joins this initiative, by putting its mark on the communication campaign of the “Youth Pact” project. The partnership with CONAF started with the creation of the key-visual, as well as the video ad of the project, entitled “ Classsroom M. The Classroom of Minor Mothers”. The ad will be broadcast in the following period on national television, on the websites and Social Media pages of CONAF partners, but also on the official website dedicated to the “Youth Pact”.

The choice of this social category with a high risk of school dropout, that of underage mothers, is not random. Romania ranks 1st in the European Union in the number of births among young women under the age of 15, and currently, over 16,000 minor mothers are registered. These children drop out of school early because of shame, social exclusion or lack of support from adults, thus being exposed to long-term poverty, unemployment and even crime.

The visual leitmotif of the campaign, which can be found in the foreground both in the video and in the key-visual, is the bench with a baby cot attached to it. For more authenticity, the bench used for filming, but also for the “Youth Pact” national events organised by CONAF is almost 100 years old and was lent to us by Mrs. Maria Toader, the principal of the school in Bughea de Jos, Argeș county, who preserved an old classroom and turned it into a Classroom-Museum, within the school. 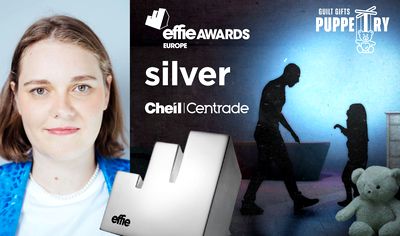 Minor mothers are not the only social category affected by the risk of dropping out of school. The statistics are as simple as they are disturbing and impossible to ignore:

–   400,000 children are outside the educational system, a figure that is equivalent to two missed generations;

‘The future of Romania concerns us all’, which is why CONAF and its partners bring to the debate table relevant ministers, local authorities, influential personalities of local communities, international experts in education and representatives of the business environment. The goal is to raise awareness of the magnitude of this problem, but also to identify measures and apply solutions that can reduce school dropout in the short and long term.

„The ‘Youth Pact’ project has become a phenomenon that must involve the entire Romanian society. In order to carry forward the idea that ‘The future of Romania concerns us all’ we need strong partners, willing to generate a real change in the problem of school dropouts. We found in Cheil | Centrade such a partner, capable of producing and amplifying an impactful image campaign”, underlines Cristina Chiriac, President, CONAF.

„The 400,000 children who are outside the education system will become 400,000 young adults and they will certainly have a major impact on the Romanian society and economy. What kind of impact they will have is up to each of us. Every destiny matters, and Romania’s future concerns us all, that’s why we praise all those who support this cause with us. Thanks Cheil | Centrade for engaging in this campaign with a major emotional impact, which we hope will generate awareness and immediate action in identifying and implementing solutions.”, adds Gabriela Alexandrescu, Head of Marketing, Petrom Gas & Power.

„The ‘Youth Pact’ project was conceived as an initiative to bring together the public and private environment to raise awareness and find solutions to the problem of school dropout, to reduce the impact it has on children, society and the economy. We dedicated ourselves to the CONAF initiative, as we do every time we take on social projects in which we believe. We hope that this communication campaign and the video created by us will generate awareness and debate at the level of the entire society and transfer into concrete actions aimed at changing the future of these children who became women too soon.”, says Carmen Miruță, Client Service Director, Cheil | Centrade.

Cheil | Centrade is the only Romania agency awarded with Gold at international...