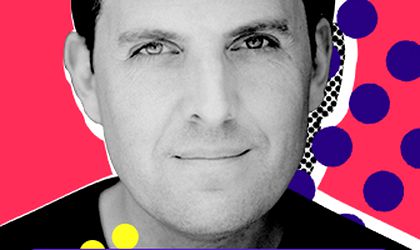 Tom Standage, deputy editor and digital strategist of The Economist, arrives in Bucharest during the Global IAA Conference in order to be the host of the discussion with Steve Wozniak, Apple’s co-founder.

Standage joined The Economist in 1998 as science correspondent and, ever since, held the positions of business editor and digital editor. He is the author of six books among which “Writing on the Wall” (2013), “The Victorian Internet” (1998) and “A History of the World in 6 Glasses” (2005).  He studied engineering and computers at the University of Oxford and worked for publications such as New York Times, Daily Telegraph, Guardian and Wired.

During the conference, Standage and Wozniak will debate subjects in the fields of creativity, communication, technology and innovation.

The IAA Global Conference will take place at the National Opera in Bucharest October 24-25 and is organized by IAA Romania, in partnership with Bucharest City Hall and the Cultural Center ARCUB and it brings over 20 important global speakers, from all the world’s cultures.