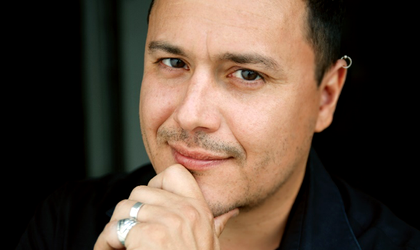 Publicis Bucharest is named the top 9 agency in the world by The Drum World Creative Rankings. Jorg Riommi, Chief Creative Officer of Publicis Groupe Central & Eastern Europe (CEE) has been named the top 7 Creative Director in the same report.

“We are very proud and pleased that we are the only team and creative leader from Central & Eastern Europe represented within the Top 10 list in a global ranking. It is built out of the alchemy of our unique talent and hard work. Pitting against the best of the best from around the world, this is a great honor and another testament to the incredibly talented people and quality of our creativity from this region as well as our commitment towards driving world-class creativity for and with our clients.”

“This is an amazing achievement. We are very proud to prove that Romania has the talent and knowledge to compete successfully in the very high-profile international creative arena, and this is a good occasion to reaffirm that creativity is our raison d’etre.”

”I’m humbled, proud, and happy to be on this list and in such amazing company. I’m also extremely happy to see such a strong Publicis Groupe presence including Bruno (1), Eduardo (9), Liz (14), and Cristiana (21) all there at the top of the table. Amazing! It’s a clear sign of the Groupe’s overall creative strength. It also shows that collaboration is truly working – given that a lot of work from a lot of people sits behind this strong result. I really want to warmly thank all the teams and clients that made this possible from CEE, through hard work and bold decisions. Onwards, upwards!”

An annual ranking by The Drum, a UK-based leading global publisher for the marketing and media industries, the World Creative Rankings (formerly known as The Big Won report) benchmark the campaigns, creatives, and companies that were most awarded in the ad industry’s biggest global awards shows in the previous calendar year.

Jörg Riommi is an Italo-German based in Bucharest, Romania. As Chief Creative Officer of Publicis Groupe Central and Eastern Europe (CEE), he oversees the creative output of the Groupe’s creative brand agencies across 15 markets. He is also the Chief Creative Officer of Publicis Groupe Romania, a member of both Publicis and Leo Burnett Global Product Committee (GPC), and Global co-Creative Director on Jacobs coffee.

In his role as Chief Creative Officer of Publicis Groupe Romania he has been instrumental in bringing the agency to third place in the world at D&AD 2020 and the fourth place at One Show 2020 and now ninth place at The Drum’s World Creative Rankings on the back of the success of the well-known Moldy Whopper campaign for Burger King (Publicis Romania, Publicis Spain, Ingo Stockholm, David Miami). The recognition also included the Best-of-Show award and 4 Best-in-Discipline (Integrated, Print, Outdoor, and Film) at One Show and the coveted BLACK PENCIL, plus 4 yellow for a total of 10 pencils.

In 2016, he led Publicis Bucharest to the top position in CEE winning Agency of the Year at WARC regional Golden Drum festival, and the third place within Publicis Worldwide network at Cannes Lions 2018.

Most recently, Leo Burnett Bucharest’s “The Online Park” campaign created for Telekom Romania was awarded a Gold by the 2021 International ANDY Awards – representing the only award won by an agency and a company in Romania and Central Eastern Europe (CEE) region at ANDYs this year.

Before Publicis, Jorg was with Saatchi & Saatchi from 2002 to mid-2014 as a creative thinker, senior copywriter, and then as creative director and executive creative director. He has been a part of Saatchi Rome, S. Juan Puerto Rico, Bucharest, Frankfurt, and Berlin, and a joint creative for several network projects in Madrid, Amsterdam, Paris, Copenhagen, Geneve, Brussels, Milan, New York, and more.