Study: 68 pct of Romanian entrepreneurs faced at least an image crisis in 2017 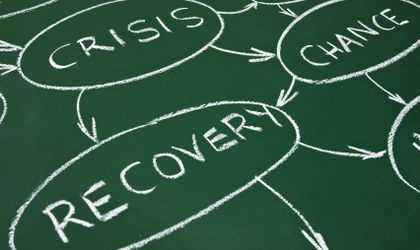 A GMP PR study, conducted alongside CITR Group, revealed that the number of entrepreneurs that confronted themselves with an image crisis in the last year grew from 60 percent in 2016 to 68 percent in 2017.

Still, most of them remain positive as 74 percent don’t believe they will face again this type of problem in the future.

The majority of them (60 percent) consider that at the core of the crisis are the internal problems and the business decisions, less social media (26 percent) or the product itself (14 percent).

Even though the number of those who hired internally a person to handle their communication grew from 38 percent in 2016 to 47 percent in 2017, still the crisis scenario and the manual represent an untouchable technicality. Only 22 percent worked on scenarios of possible situations that may damage their reputation and only 7 percent have encountered these scenarios in a manual.

Social media continues to be a virgin territory for most of them: only 28 percent use it in a crisis situation, even 45 percent believe that it’s important in communication. Still, there is recordable improvement compared to last year when 72 percent weren’t using at all social media in their corporate communication and wouldn’t even take it in account in the case of an image crisis.

„We live times in which a person has the power to destroy a brand through a simple post on Facebook. Times in which the brands need to learn how to handle rough critics on their behalf. The Romanian entrepreneurs need to accept this reality and understand that they cannot hide forever behind the trust in the message «Made in Romania»”, said Ana-Maria Diceanu, head of crisis department and senior partner at GMP PR.

“The Romanian companies are confronting themselves with a difficult reality. On one hand, the image crisis that are contributing to the deterioration of the trust in the company and, on the other hand, the society and the business environment don’t encourage the entrepreneur that fails. In this context, it’s important that the society sees as an opportunity any difficult situation, to support the entrepreneurs with experience and not to hurry in stamping them the failure label. On the other hand, the Romanian entrepreneur needs to understand to anticipate the risk situations, to control their handling process and to surpass them with as few negative effects over the company as possible,” added Andreea Anghelof, managing partner at CITR Group.

The study had a sample of 85 entrepreneurs in Romania, most of them having between 20 to 100 employees and businesses older than five years.